13 Toronto Hotspots That Are Loved by Celebrities 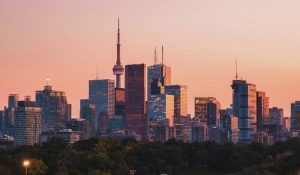 Who hasn’t dreamed of living like a celebrity? From lavish restaurants, to decadent hotels, it’s a fun thought to entertain, even if just in passing. Toronto is a hotbed of celebrity activity for those who come up north, especially during the month of September when TIFF takes over the city. But for those of us who live here year-round, there are plenty of world-class hotspots to visit, that have attracted celebrities and regular citizens alike.

Here, we dive into 13 hotspots to eat, drink, stay, and shop in Toronto that have received a stamp of approval from celebrities.

With a location in Toronto and others in glam cities like London, Ibiza, Las Vegas, and Milan, STK is the steakhouse/lounge combo that’s super popular among celebrities. Cardi B was spotted dining here when she was in Toronto for OVO and Veld Music Festival this past summer.

You can’t get more Canadian than Ryan Gosling and Justin Trudeau, and that’s exactly what happened at Spanish restaurant, Patria last year. Gosling was present for an after-party celebrating his film First Man, Trudeau was there to support, and the rest, as they say, is history. Swoon-worthy sightings aside, Patria serves up classic Spanish food (think tapas and paella) alongside fresh seafood, and a lengthy cocktail and wine list.

Numerous celebrities have darkened the doors of this Californian-inspired Montecito, especially during TIFF. Owned by director Ivan Reitman (of Ghostbusters and Space Jam fame), it’s steps away from the TIFF Bell Lightbox and serves up farm-to-table cuisine. Famous faces like Bill Murray, Robert Pattinson, Kristen Bell, Sandra Bullock, and Robert Downey Jr. have all been spotted here.

It wouldn’t be a proper list without mentioning our favourite Duchess who used to live in Toronto! trendy Italian restaurant, Terroni was a known favourite of Meghan Markle, who used to frequent when she lived in the city for seven years filming Suits. She even recommended the Peperoncini Piccanti chili condiment

Toronto local Rachel McAdams is reportedly a regular at this fancy, two-story Eastern Meditteranean restaurant. Byblos serves up a variety of dishes and cocktails in a Persian rug draped setting, with a celeb guest list that includes the likes of Matt Damon, Michelle Williams, and Gerard Butler, Dakota Johnson, and Jason Segal, all of whom have been spotted here in the past.

Actress Samira Wiley took Vanity Fair to this bar on a tour around Toronto, dubbing it “very cool, very chill” and “a real gem!” A low-key affair with an affinity for rum and fun (their rum list is very, very long), Rhum Corner serves up authentic Haitian dishes in a cozy, muraled setting. Wiley’s go-to is the Wray and Ting, a mix of Jamaican rum and grapefruit soda.

Advertised as your neighbourhood bar, Petty Cash is a casual mix of gastropub food and cocktails consumed around pool tables, topped off with money-themed decor. The King West staple made quite a stir for all the right reasons last Halloween, when Shawn Mendes was spotted making drinks from behind the bar. We’re guessing tips were more than generous that night (even for a place named ‘Petty Cash’.)

Kate Moss herself was spotted (or papped, rather) here a few years ago, eating a bagel with a glass of wine. (For those who want to recreate the moment, it was a lox bagel and a glass of white.) Located conveniently close to the city’s poshest shops and restaurants, names like Justin Bieber, Jennifer Lopez and Ben Affleck have stayed here at the world-class luxury Hazelton Hotel.

This boutique luxury hotel in the heart of the Entertainment district is a triple threat—featuring the extremely instagrammable KŌST on the 44th floor, celebrity chef restaurant, Akira Back, on the second, and Parisian pastry cafe, French Made, on the ground floor. Previous guests of the trendy residence include Lenny Kravitz, Margot Robbie, Ellen Paige, Emma Thompson, Stanley Tucci, and Jake Gyllenhaal, just to name a few.

With a plush Victorian-style interior, this past-century heritage hotel almost makes you feel as though you’re a celebrity yourself. Stars such as George and Amal Clooney and Eminem have taken advantage of the hotels ‘discreet luxury’ policy. Pro tip: even if you’re not staying in a room, the high tea here is excellent.

An upscale specialty boutique with only the highest of designer brands and shoes—word on the street is that 119 Corbo was responsible for bringing Jimmy Choos and Manolo Blahniks to Toronto before Sex and the City made them staples in any fashionista’s closet. The boutique also has exclusivity to cutting edge brands like Haider Ackermann and Ann Demeulemeester and also features others like Dries Van Noten and Rick Owens. None other than Kimye themselves stopped by during Kanye’s tour stop in 2016, and apparently Jennifer Hudson and Michelle Fairley (from Game of Thrones) are also fans.

You really can’t get any more aesthetic than this. This homeware store comes recommended by Sarah Rafferty to last year for “beautiful home furnishings.” Featuring pieces by artisans from Scandianvia and Japan, the store is peak minimalism and most definitely celebrity-worthy.

Another high-end fashion staple in Yorkville, Augustina Boutiques founder Cristina Burgess is known for scouting out up-and-coming and lesser known celebrity-loved brands such was Anita Ko jewelry, Sydney Evan and Temple St. Clair. According to the , Jessica Chastain has been spotted shopping here, as well as Margot Robbie when she was in town filming Suicide Squad.

Articles You May Be Interested In:
Iconic Toy Company Fao Schwarz Is Opening A Pop-Up Store In Toronto
7 Of Meghan Markle’s Favourite Toronto Spots
A New WINNERS Is Now Open In Toronto’s Liberty Village
11 Toronto Stores To Shop For Unique Holiday Decorations
The 12 Best Spots To Host Your Holiday Party In Toronto

The post 13 Toronto Hotspots That Are Loved by Celebrities appeared first on StyleDemocracy.

Would certainly wish to see more stars grow a spine and also have a point of view: Sona Mohapatra