Caffeine hopes celebrities and entertainment can help it beat Twitch 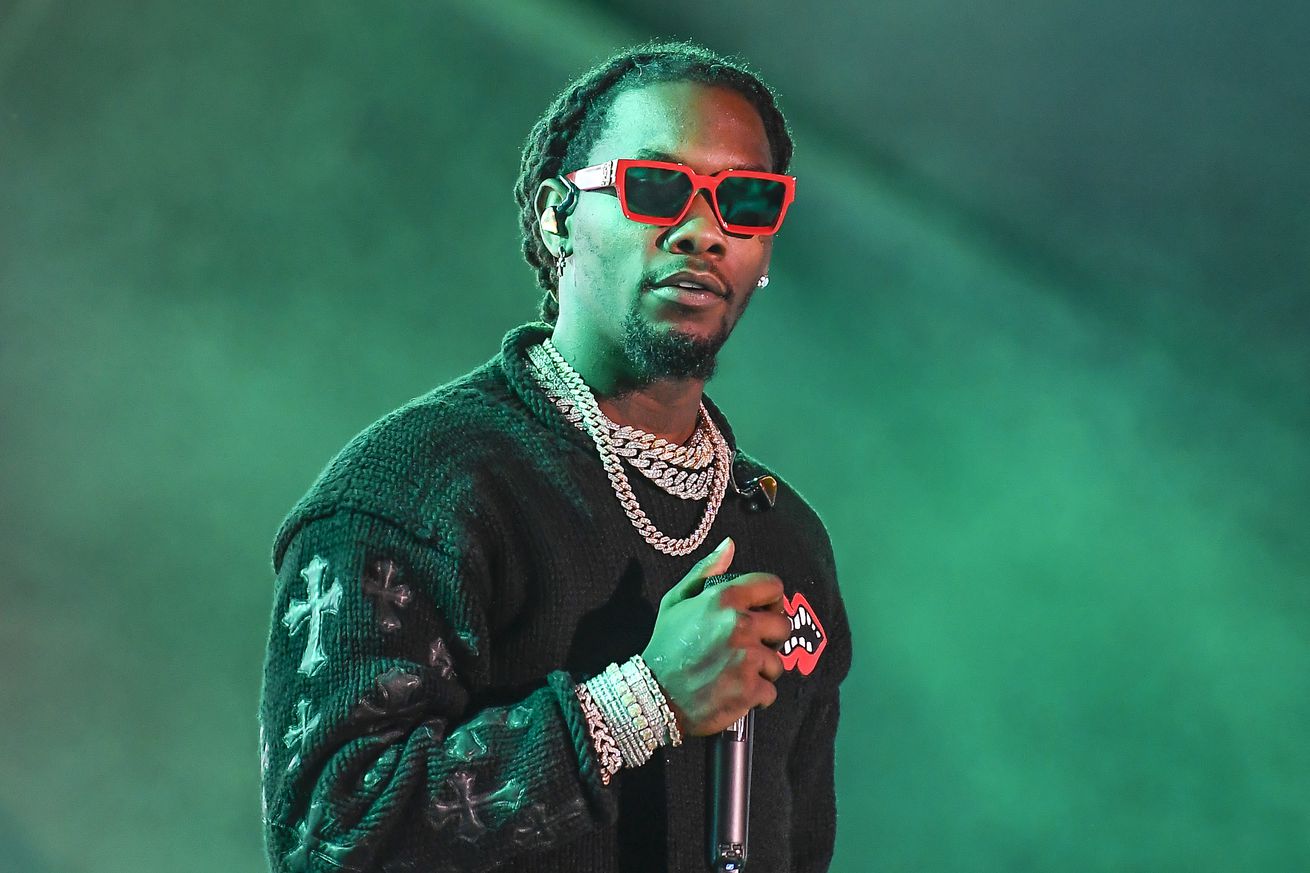 Offset is joining the platform, and they hope he’s the first major celebrity of many

The streaming wars are heating up: corporate content giants like Netflix, Amazon, and Disney are all playing their positions, strengthening their value propositions. The sheer number of upcoming streaming services available — HBO Max, Disney+, Peacock, etc. — and the bundling that’s beginning to happen (think: Verizon subscribers getting Disney+) are making it feel, more than ever, like we’ve gone back to the bad old days of cable packages. And maybe we have. Further away from the spotlight, another set of wars is happening for the future of live television: Twitch, Mixer, YouTube, and now Caffeine are fighting over online audiences for the right to lock them into a vertically integrated ecosystem.

Caffeine is a live-streaming platform, entering a market that’s already crowded with companies vying for eyeballs. But what makes them different is their technology, their idea of who they want on their service, and their focus on doing everything that Twitch can’t; the point is to build live TV for the kids who haven’t really grown up with it.

Which means these are really just skirmishes in a proxy war — Twitch representing Amazon, Mixer battling on behalf of Microsoft, YouTube fighting for Google, and Caffeine competing for Fox and Disney. Whoever wins the most market share will get to decide the culture of how live, televised events will work in the future.

Recently, Ben Keighran and Brian Howell — the World of Warcraft-playing founder / CEO of Caffeine and its chief marketing / moderation officer, respectively — stopped by the Vox Media offices to explain a little more about Caffeine, the newest entrant. Keighran and Howell were there to announce the news that Offset (otherwise known as Kiari Kendrell Cephus, Faze Clan) had made a deal with Caffeine to broadcast on their network. He’ll have a live show, and is set to cast a mix of gaming, sports, and entertainment content to his audience, which he’ll (presumably) bring over to that platform. Keighran has much bigger aspirations, though, and sees Offset’s acquisition as something transformative and defining about Caffeine, its ethos, and its goals.

“He plays Call of Duty. And he’s also going to be doing some entertainment streams. And he’s also going to do some sports stuff as well,” says Keighran, noting that Caffeine had also brought over rapper The Game and the sludgy Soundcloud star Lil Xan. “They’re really at this intersection of gaming, sports, and entertainment,” said Keighran. “And I think much more appealing to the broadest possible demographic for Gen Z.”

Keighran thinks he can hook the youths with live TV. “Really the most valuable thing on the cable network is live content. It’s what sells live cable packages,” he says. And he’s focused on Twitch. “Twitch is the biggest person in live streaming and gaming and they desperately want to be the place for all of your live TV,” he says. “That’s why you hear them trying to do an NBA deal, or a Thursday Night Football deal. But all the top content is hardcore gamers. Not even entertainment gamers, but like hardcore gamers.” Caffeine, in other words, is trying to be everything Twitch isn’t.

Caffeine entered the market last year, and has been rolling along in beta ever since. Right now it exists as a website, a mobile app, a set of broadcasting tools, and a suite of studios in LA that currently create a couple Caffeine original shows. As Keighran takes pains to emphasize, the experience is aimed squarely at 13 to 25-year-olds, and is currently one of the top 100 apps on Apple’s App Store in the entertainment category. (He declined to share broadcasting or viewership numbers.) Perhaps more important: the company raised $100 million from 21st Century Fox, and Fox Corp. CEO Lachlan Murdoch has a seat on the board. To understand why Caffeine is important, why it’s entering the market now, and what it plans to do, it’s helpful to start there.

Caffeine’s pitch is that it’s a place for entertainment: the idea is to attract top talent from places like Instagram, Twitch, and YouTube, who’ll then bring their audiences to the platform. The proposition seems to be that broadcasters on Caffeine will be able to do whatever they want. “If you talk to Offset, and you’re like, ‘well, why won’t you go to Twitch?’” says Keighran, “he’s like, ‘because I can’t.’” He can’t, Keighran says, because Twitch doesn’t have the kind of rights muscle that Fox and Disney do, and that they don’t generally support sports, entertainment, and pop culture streaming.

Fox and Disney both have seats on Caffeine’s board, and they’re allowing broadcasters to stream content to which they own the rights. Between both media giants, that’s a lot of stuff. Crucially, whenever a broadcaster is streaming content that Caffeine has the rights to, the people who own the rights will also get paid a cut of whatever is made via the stream — that includes Fox and Disney, but also any game publisher that wants to participate.

“What that’s doing is allowing us to create something that Twitch wants to become, but is really struggling to become, because they’re so… it’s like McDonald’s saying we’re the healthy choice,” says Keighran. “Like, ‘we heard salads [are] a good thing. And we’ll start selling salads now.’ You just don’t believe them.”

Which means that Caffeine is Fox and Disney’s way of securing their relevance with the zoomers. “They don’t want — in six or seven years time when contracts with the NFL and things are up for renewal — for Amazon and Facebook to come in and buy it,” Keighran says. “They’d rather have an investment in us, and have us as a new distribution platform for that younger demographic.” He compared Caffeine to the iPhone and then to Facebook, as a transformative piece of technology that upended what people thought phones or the internet could be. “I want the world to have that moment when they really start to experience Caffeine. We all do. You know, we think that it’s too important,” he says. “The future of live television is at stake and I… it’s just hard to leave that up to Amazon and Facebook.”

The experience of using Caffeine is also totally different than using Twitch. There’s no concurrent viewership numbers on the viewer side, for one, and there aren’t any user-created emotes. It’s also got much lower latency. The chatting system — which they call a “reaction system” — is based almost entirely around what your friends are watching; you see their comments first, and then the other comments that have been upvoted, Reddit-style. Keighran likened it to going to a show with someone, where you can hear the person you came with and only occasionally can you make out anything the crowd is saying. The monetization aspect is also interesting: instead of having subscriptions or donations, you buy digital items that come up on-screen with gold, in a quasi-WoW scheme, and the revenue is split 50 / 50 with the broadcaster and the rights holders. (They got the idea from China’s YY.)

Moderation, too, seems to be a priority for the Caffeine team. The whole app is built around social discovery, which means it’s easy to find streams your friends are watching or live shows that the company promotes, and harder to brigade a random person who’s streaming something like Fortnite. The company has internal moderators and Keighran told me they’re using machine learning in tandem with the humans. What’s more interesting is that you can’t just broadcast anything without it being checked first. “Before you can get discovered on the platform we’ll view your stream for a certain number of minutes,” said Howell, the CMO / moderation chief. “Because we don’t want certain types of stuff on the platform.”

Which makes sense: if you want celebrities to use your online platform, you have to curate the experience so they’re not experiencing the worst of the internet in real time.

Personally, I find Caffeine fascinating. The app is slick; the ambition is there, and so is the money. What I’m a little less convinced by is the value proposition. Getting celebrities on a platform is a good way to drive engagement and boost user numbers, but I’m not so convinced it helps build sustainable communities — because that’s a bottom-up process. Twitch is many, many things, but the best places on the site are often the smaller communities that mimic the feel of the early internet: the ones that aren’t in the spotlight, but have a tight, niche culture.

All that said, I think that Caffeine has a worthy goal: Twitch is the biggest name in live-streaming right now, but serious competition is healthy, both for the ecosystem and for the consumers. (As though in response to Caffeine, Twitch has recently begun testing a feature that allows broadcasters to stream Amazon Prime content to their viewers.)

“I’m not targeting anyone in particular with this, but there’s just a lot of junk that’s out there,” says Keighran. “And I want to be able to recommend this to my kids, I want to be able to recommend it to the next generation. And so [that means] really rethinking, reimagining every aspect: the chat, the moderation, the payment model, the content. Like every aspect.”

Amid a dispute on the border, India’s celebrities are promoting a boycott of China-made items – ABC Information