Celebrities Evacuated By the Getty Fires in California 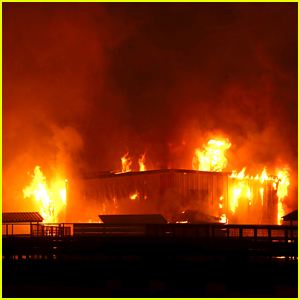 The Getty Fires are raging in California and around 10,000 homes have been evacuated as the fires are blazing along the 405 Freeway near the Getty Center.

There are several celebrities who have spoken out about having to be evacuated due to their homes being in close proximity to the fire.

We’re sending our thoughts to all of those affected by the fires, including those evacuated, plus the firefighters and aid workers.

We evacuated safely at 3:30 this morning. If you are in an evacuation zone, don’t screw around. Get out. Right now I am grateful for the best firefighters in the world, the true action heroes who charge into the danger to protect their fellow Californians. #GettyFire

Praying for everyone in the path of this terrifying destruction. Thank you again to our firefighters for keeping us safe. If you’re in an evacuation zone, please follow the warnings and evacuate immediately. The winds are strong and the fires move quickly 🙏 #GettyFire https://t.co/dQztFQSfuA

Man these LA 🔥 aren’t no joke. Had to emergency evacuate my house and I’ve been driving around with my family trying to get rooms. No luck so far! 🤦🏾‍♂️

Safe in a hotel room with my family and dogs. Awakened and evacuated by the amazing alert system from #lafd #Grateful #GettyFire

15 Celebrities Who Got Their First Name for a Reason