Manchester City duo Kyle Walker and Gabriel Jesus have tested positive for the coronavirus, the club confirmed on Friday.

Two members of the club’s staff, whose identities have not been revealed, have also tested positive.

Defender Walker and striker Jesus now look set to miss City’s Premier League matches against Newcastle, Everton and Chelsea, with a return possible for their Carabao Cup semi-final against Manchester United on January 6.

“All four personnel will now observe a period of self-isolation in accordance with Premier League and UK Government protocol on quarantine,” City said in a statement released on Friday morning. 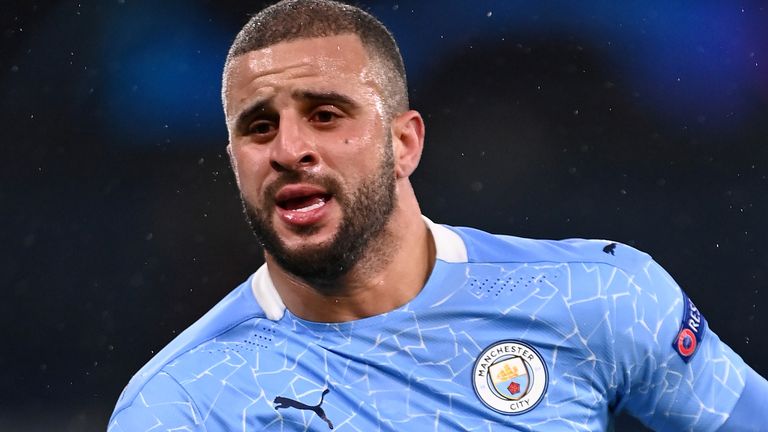 “Everyone at the club wishes our colleagues a speedy recovery over the Christmas period ahead of their return to work, training and competition.”

The positive tests, announced on Christmas Day, come as the UK faces a surge in coronavirus cases, with the 39,036 confirmed on Thursday marking the second highest daily total since the pandemic began.

The figure brought the total number of confirmed cases since the pandemic began to 2,188,587.

Premier League clubs under Tier 4 coronavirus restrictions, the number of which is set to increase on Boxing Day, have said they will start conducting tests twice a week – up from the previous single check – as soon as it is practically possible to do so.

From next month the increased testing will be widened out to clubs in lower-tier areas, which would currently include Manchester, with the city in Tier 3.

The duo’s absence comes as a major blow for City during the congested festive period. Pep Guardiola’s side host Newcastle on Boxing Day, before travelling to face Everton at Goodison Park just 48 hours later.

City then have a six-day gap before their trip to Stamford Bridge to face Chelsea, but are still set to be without the duo, who are obliged to self-isolate for 10 days from the date of their positive test.

Walker and Jesus both featured, the latter scoring, as City booked their place in the Carabao Cup semi-finals by winning 4-1 at Arsenal on Wednesday, and they are set to clear quarantine in time to be available to face Manchester United at Old Trafford.

Guardiola has been easing Sergio Aguero back to first-team action as the Argentine recovers from a knee injury, but City’s record goalscorer may now be forced into a heavier workload than planned.

Joao Cancelo will likely slot in at right-back in Walker’s absence, with Benjamin Mendy and Oleksandr Zinchenko candidates to occupy the left-back position the Portugal defender has often filled in recent weeks.

Sports News Roundup: Bettman: NHL to return to Europe in 2020; Nadal optimistic on fitness ahead of ATP Finals

How to turn fans away from Test cricket? Leave them out to bake in sun, MCA style | Sports News, The Indian Express