Do you know whose country you’re on? – ABC News

Could you name the country in which you live? And no, we don’t mean Australia.

Could you identify the Aboriginal and Torres Strait Islander country, language group or community who are the traditional owners where you live?

As part of the Australia Talks National Survey 2021 we asked an accurately weighted cross-section of the population, and the results varied wildly across the nation.

And Australians with European ancestry have higher levels of awareness (60 per cent) than those who don’t (44 per cent).

So what’s the situation in your area?

Where do you fit?

Enter your postcode, suburb or federal electorate to see how your area responded to the statement, “I know the name of the local Aboriginal or Torres Strait Islander country, language group or community who are the traditional owners of the land where I live.”

Don’t worry, we’re not storing your information or using it for anything other than showing you this chart.

You can click on the map to take a closer look at any of the electorates.

As you can see, there’s a significant knowledge gap between states.

In the ACT and the Northern Territory, 88 per cent of residents say they know their traditional owners. In Queensland, that falls to 45 per cent.

But the state where awareness is lowest is Tasmania.

More than 23,000 Aboriginal people call Tasmania home, but just 37 per cent of Tasmanians say they could identify the traditional owners of their area.

Emma Lee is a Trawlwulwuy woman from north-east Tasmania and an Aboriginal and Torres Strait Islander Research Fellow at the Centre for Social Impact at Swinburne University of Technology.

She says her state’s result stems from the “tremendously awful” way Tasmania was colonised.

“[Tasmania’s history] helped to define the term genocide, which was coined in the 1940s by Raphael Lemkin,” Emma Lee says.

“[Low awareness reflects] the nature of the genocide and the after effect of the silence.”

Want to know more about where you live?

This “forced silence” led to the temporary loss of Aboriginal language in Tasmania, which has only been revived in the last two decades through the tireless work of language groups and communities.

“This information doesn’t come out of a nicely wrapped gift box, you have to work hard to recover the language and cultural practices that have been stolen,” she says.

And Tasmania isn’t the only state contending with these issues.

Just outside of Brisbane is the electorate of Rankin, which is home to more than 5,000 Aboriginal and Torres Strait Islander people.

It is also the electorate with the lowest awareness in Australia, with 28 per cent of respondents saying they could identify the traditional owners of their area.

The results are similar in other electorates in south-east Queensland.

Just over the border in northern NSW, roughly double the proportion of residents say they can identify their traditional owners.

Faith Baisden from First Languages Australia says, much like in Tasmania, colonisation impacted the retention of language and culture in south-east Queensland.

Europeans settled in Queensland in 1825 and from then many Indigenous people were forcibly removed from their land and families. Up until the 1970s, government policies banned or discouraged Aboriginal people from speaking their traditional languages.

“A lot of people in Queensland were affected by movement conditions and loss of their languages,” she says.

“Today in places where language is not used, you are seeing a striking difference in retention of knowledge.” 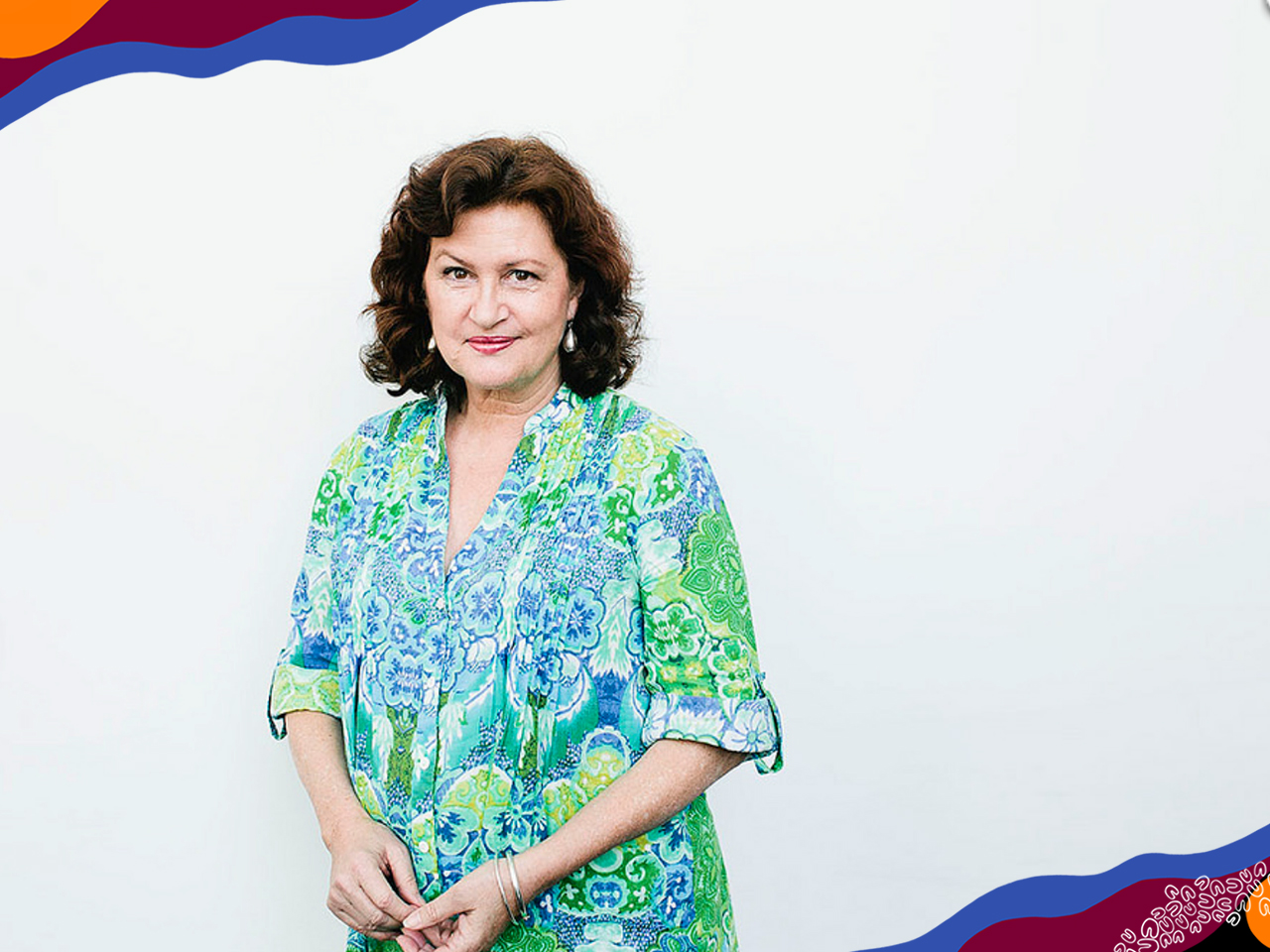 Ms Baisden lives on the Gold Coast. She says while large Aboriginal communities continue to live in parts of south-east Queensland, they may come from different language groups, if they speak their language at all.

But, she says, there are a number of projects committed to strengthening language knowledge.

It’s a very different story in the Top End, where over 100 traditional languages and dialects are spoken.

There are just two electorates in the NT, where almost 90 per cent of residents say they know their traditional owners.

Nicole Brown is a proud Larrakia woman and works for the Northern Land Council in Darwin. She says you can’t go anywhere in the Northern Territory without being immersed in Aboriginal culture.

“It’s everywhere — in schools, coming into the entrance of [Darwin], places and street names in traditional language … everything you can think of, we have a huge presence.” 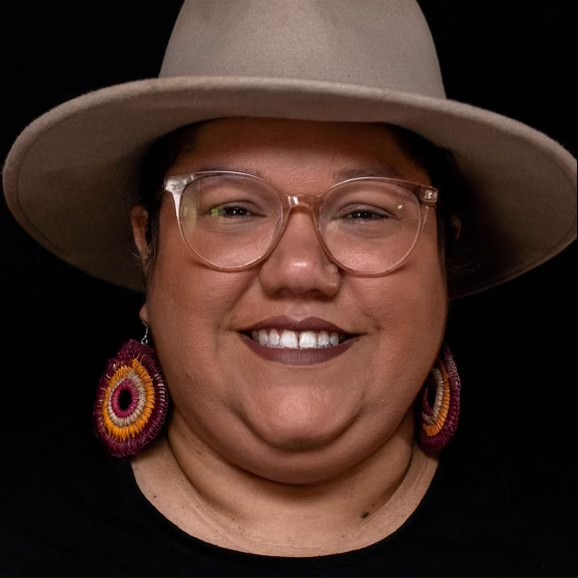 Aboriginal and Torres Strait Islander people make up a quarter of the NT population.

“I think with [one of] the biggest Indigenous populations in Australia, we are so proud of our culture and welcoming people. We want to share it with everyone,” Ms Brown says.

While the state has the highest concentration of traditional language speakers, there’s still a struggle to pass this on to younger generations.

Ms Brown has made it her priority to share her cultural knowledge with her 10-year-old son.

“He is so proud of who he is and he wants to make sure his friends at school understand Larrakia culture and embrace it.”

According to First Languages Australia, “in the late 18th century there were between 350 and 750 distinct Australian social groups, and a similar number of languages”.

Today, fewer than 150 Indigenous languages are still spoken and about 100 of those remain at risk of being lost.

One of the remarkable initiatives to change that is the interactive Gambay map, developed by First Languages Australia with language centres around the country.

Hundreds of languages and dialects are geographically located on the map, connecting users to learning centres and quick tutorials with traditional language speakers.

Co-creator and Warrgamay woman Melinda Holden says the map has “sparked an interest to engage in Aboriginal culture”, including among schools.

“The teachers were just overwhelmed with the information that they could get because of the map,” Ms Holden says.

“I want to see [Aboriginal and Torres Strait Islander languages] as an official school subject.”

Our political leanings also seem to influence our awareness. Left-wing voters (ALP 61 per cent, Greens 74 per cent) are more likely than right-wing voters (Liberal/National 49 per cent, One Nation 37 per cent) to say they know this information.

In the electorate of Sydney, held by Labor’s Tanya Plibersek, three-quarters of residents say they can identify the traditional owners. It’s a similar result in the Labor stronghold of Grayndler, held by Anthony Albanese.

But it’s not just “inner-city lefties” who know their traditional owners. In fact, regional residents are far more likely to say they know this information.

In the electorate of Parkes in north-west New South Wales, almost 16 per cent of the population are Indigenous.

Some 79 per cent of residents say they know the name of their traditional owners.

David Kirby lives in the small town of Brewarrina, one of the “river communities” along the Barwon-Darling river system. He is the chairman of the local Aboriginal land council and says large Aboriginal families from different areas have settled in these towns as a result of missions and boarding homes in the late 1980s.

“Aboriginal people that were boarding here didn’t necessarily go home — a lot of them didn’t know where home was. 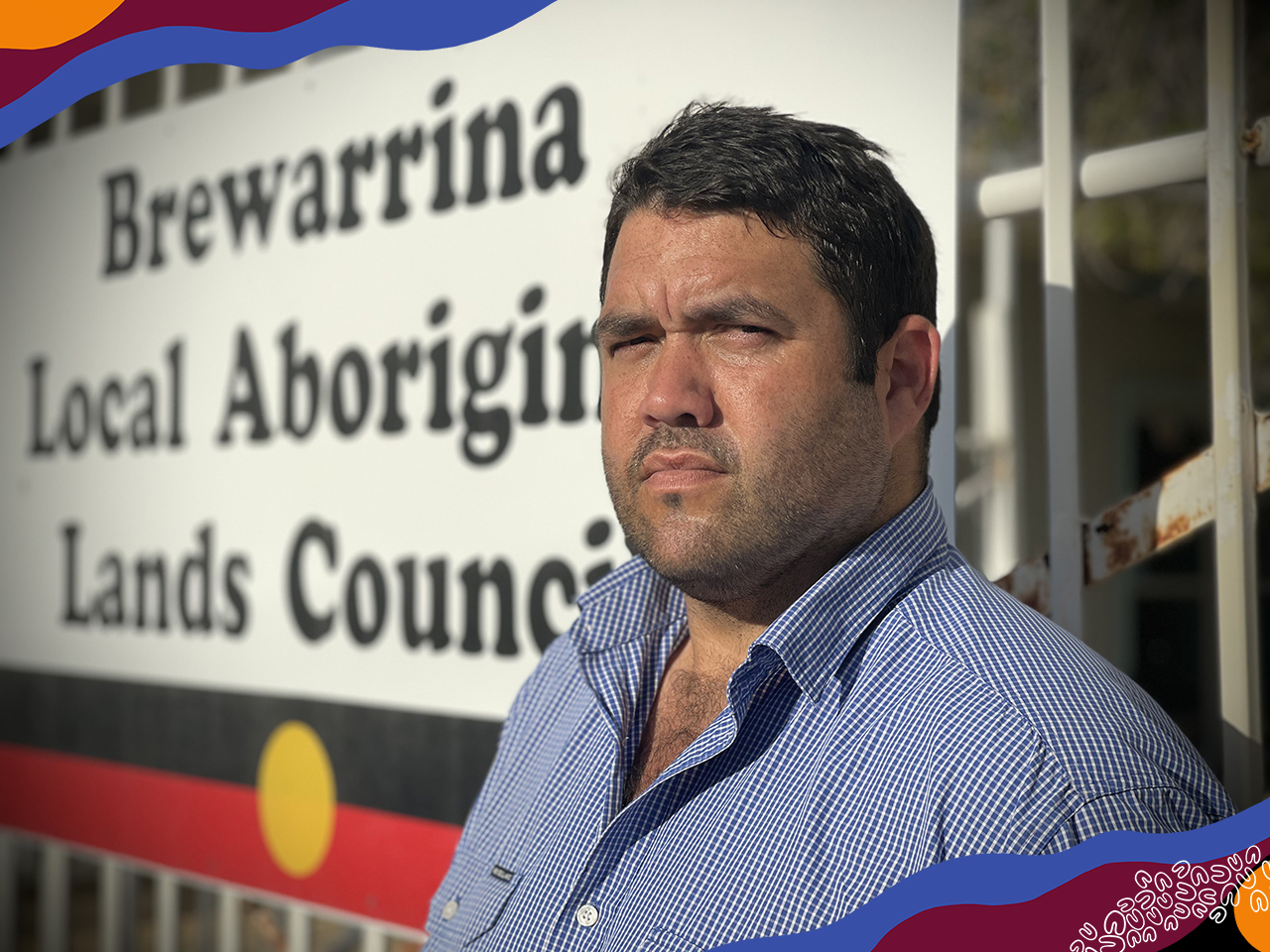 “Our communities are made up of the generations of descendants from those families.

“For example, in Brewarrina where I live, there are five or six large Aboriginal families that have settled here and the traditional owners as well.”

The Parkes electorate is home to many traditional language and nation groups including the Wiradjuri, Kamilaroi/Gamilaraay and Wangaaypuwan people.

He says the next challenge is for local governments to start representing Indigenous culture and constituents in their areas.

‘It really has made a difference’

Some local government areas are more willing than others to acknowledge the traditional names of their areas.

But bilingual signs and dual place names are becoming part of everyday life in some regions.

Parkes Shire Council falls into the electorate of Calare, where 76 per cent say they know their traditional owners.

The council resides on the traditional lands of the Wiradjuri people, and has made progress in building relationships with traditional elders.

The town has bilingual signage in community buildings, an Aboriginal meeting place, and an elders advisory committee.

“I’ve seen significant changes over the past [10] years … setting up the elders group so we can consult with them — [council] really cares about the Aboriginal community, and they engage,” the council’s Aboriginal project officer, Amanda Cochran, says.

“It really has made a difference.”

But it’s not just governments with the power to affect change.

Ms McPhail campaigned for Australia Post to allow traditional place names in addresses. The company this week created a spot on parcels for people to include them.

“It’s just this one tiny way you can acknowledge [traditional] place names,” she says.

“I hope that people are now having conversations and raising understanding and awareness [to be] more inclusive of First Nations people.”

Ms McPhail is now working to create a comprehensive database of traditional place names across the country.

“It’s never been done in Australia before,” she says.

“We need to properly acknowledge that these places have traditional names and that colonised names came after that.”

‘There’s so much support’

Linguists, academics, community leaders and activists agree that colonisation has had devastating intergenerational impacts on the preservation of Aboriginal and Torres Strait Islander culture.

“This is a journey of decolonising work that Australians are going through to be able to hear the truth,” Dr Lee says.

“I believe there is so much support from other Australians for us to be able to uncover sleeping histories — our solemn histories, our histories that have never been spoken before.”

The Australia Talks National Survey asked 60,000 Australians about their lives and what keeps them up at night. Use our interactive tool to see the results and how your answers compare.

You can also discover more NAIDOC week stories from across the ABC on the ABC Indigenous portal.

Kyle Rittenhouse looking at suing Whoopi Goldberg along with politicians, news organizations, other celebs for calling him a ‘murderer,’ ‘white supremacist’