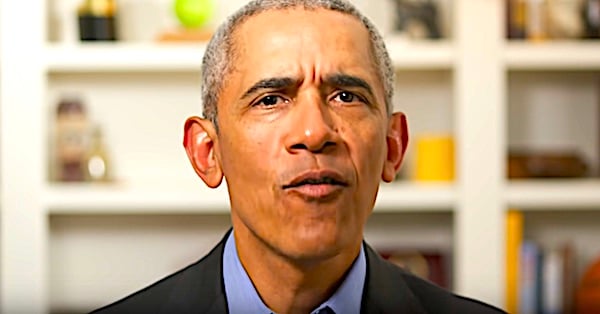 The Justice Department and Federal Bureau of Investigation on Tuesday announced a series of reforms to address abuse of the FISA system.

That’s the Foreign Intelligence Surveillance Act system the Obama administration used to spy on the Trump presidential campaign in 2016.

The Democrats used the debunked Steele dossier, a political opposition document funded by the Hillary Clinton campaign, as evidence to obtain warrants to spy on Trump volunteer Carter Page.

One authorizes the establishment of an FBI Office of Internal Auditing and directs the FBI “to undertake aggressive compliance measures, and the other that establishes protocols to ensure the accuracy of FISA applications and the effective oversight of any surveillance applications targeting elected officials and political campaigns.”

“FISA is a critical tool to ensuring the safety and security of Americans, particularly when it comes to fighting terrorism,” he said. “However, the American people must have confidence that the United States government will exercise its surveillance authorities in a manner that protects the civil liberties of Americans, avoids interference in the political process, and complies with the Constitution and laws of the United States. What happened to the Trump presidential campaign and his subsequent administration after the president was duly elected by the American people must never happen again.”

Wray said that since the Inspector General’s Crossfire Hurricane report was issued last December, he has “made clear that it describes conduct that was unacceptable and unrepresentative of the FBI as an organization.”

“That’s why I immediately ordered more than 40 corrective actions, including foundational FISA reforms, many of which went beyond those recommended by the inspector general,” he said.

“The FBI has been working diligently to implement these corrective actions. The additional reforms announced today, which we worked on closely with the attorney general’s office, will build on the FBI’s efforts to bolster its compliance program,” said Wray. “FISA is an indispensable tool that the FBI uses to protect our country from national security threats, and Americans can rest assured that the FBI remains dedicated to continuously strengthening our FISA compliance efforts and ensuring that our FISA authorities are exercised in a responsible manner.”

The changes include “significant improvements” within the FBI’s internal compliance procedures.

The plan authorizes the establishment of the Office of Internal Auditing to overcome a gap in auditing capability at the FBI and requires the development of compliance and oversight mechanisms, training and internal controls to ensure the FBI’s compliance with applicable statutes, policies, procedures, and court orders that govern the FBI’s national security activities.

There also are new auditing functions, including, for example, “routine audits of the FBI’s use of National Security Letters, compliance with the Foreign Intelligence Surveillance Act, and adherence to FISA’s minimization, targeting, and querying procedures.”

Another procedure builds on the the IG’s report last winter titled “Review of Four FISA Applications and Other Aspects of the FBI’s Crossfire Hurricane Investigation.”

“These reforms are designed to ensure the accuracy and completeness of FISA applications targeting U.S. persons. The reforms also include oversight protocols to ensure that any use of FISA to surveil federal elected officials, candidates for federal elected office, or their advisors or staff is justified, non-partisan, and based on full and complete information,” the announcement said.

“Finally, the memorandum requires the FBI to develop procedures to prevent United States persons from becoming unwitting participants in malign influence operations by foreign powers and to review its disciplinary policies and procedures to ensure appropriate disciplinary action for those who knowingly misrepresent facts to the Foreign Intelligence Surveillance Court.”

Only months ago, FISA presiding Judge James Boasberg ordered the Justice Department to provide the court with the names of targets for the applications audited by the agency’s independent counsel, Michael Horowitz.

Horowitz found significant and widespread problems with the FBI’s preparation of FISA warrant applications dating back to at least 2014.

The IG’s report looked at a sample of 29 FISA applications from eight FBI offices.

Boasberg didn’t mention political targeting in his subsequent order. But he did require the government to provide a sworn declaration about the results of the analysis. He wanted the names of the targets as well as an assessment of how many of the applications had “material misstatements or omissions.”

Horowitz found evidence the FBI misled the court in its applications of warrants to spy on the Trump 2016 campaign.

The FBI’s applications had 17 significant errors, omissions and uncorroborated information, according to Horowitz’s report. And the bureau knowingly withheld exculpatory information, using “defensive briefings” to secretly access the Trump campaign

The FISA court itself also has admitted as much, ruling that at least two of the warrants obtained were invalid.