If celebrities are boxing, Damon Feldman is usually involved 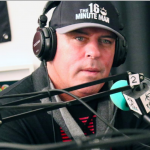 The issue of having celebrities, of a sort, putting on gloves and taking part in boxing matches has flared up in the last two years.

The Paul Brothers, lil bro Jake (who is signed to Showtime and will fight MMAer Tyron Woodley in August) and big bro Logan Paul (who fights Floyd Mayweather Sunday in an exhibition contest) gained a measure of fame and fortune off their social media activity. They draw no shortage of scorn from purists who think their presence in the space degrades the noble art as conceptualized by the Marques of Queensberry.

That hubbub is nothing new, as a matter of fact. “Celebrity Boxing” peaked, arguably, in the first half of 2002, when Fox aired two specials consisting of famous non boxers trying their hands at pugilism. I watched on March 13, 2002, and was impressed with Danny Bonaduce of “The Partridge Family” as he manhandled Barry Williams aka Greg on “The Brady Bunch,” and thought Todd Bridges of “Diff’rent Strokes” had some promise if he wanted to dive all in to boxing. Tonya Harding, the villainous figure skater, treated Paula Jones, the Bill Clinton foe, like she was a Kerrigan. But Pennsylvania native Damon Feldman had been putting bold and semi bold-faced non professionals in a ring to slug it out for a spell already, and he should probably receive credit for being the most fervent driver of the concept in the world. Logan Paul and Jake Paul walk the road Feldman, a Pennsylvania native from a fighting family, helped pave, and the pioneer is himself still putting together matches featuring enough celebs to pack a double issue of the National Enquirer. On June 11, ex NBAer Lamar Odom, age 41, will duke it out with Aaron Carter, from the singing Carter family, and as per usual, there are critics happy to go at Feldman for crafting this fare.

“Life is all about redemotion and all about the journey,” Feldman told me in a phone chat. I’d asked him about what made him pursue this line of work, and what draws people like Odom, and before that, Jose Canseco, Coolio, Octomom–‘member her?–and Rodney King, into his airspace. “Many of them had tough spots in life, and yeah, I’ve had tough spots in my life. I haven’t had a drink in five years. I’ve dealt with depression, but I’m not giving up. The comeback of celebrity boxing is my therapy, it’s what I do. And the whole game changed this year,” he said, referencing the proliferation of exhibitions and celeb non-boxer contests.

Feldman grew up with fighting front and center, as his dad Marty fought as a pro, and trained fighters and promoted events. Little brother David Feldman has been as dedicated to growing his endeavor, Bare Knuckle Fighting Championship, as Damon’s been with the celeb side.

Originally, Damon wanted to follow in dad’s footsteps, and he compiled a 9-0 record as a pro, but an accident he doesn’t delve into ended his fighting life. He wanted to stay in that arena, though. Damon lured a local weatherman and a DJ into trading hands, and kept plugging away.

There have been no shortage of pot holes and speed bumps to contend with. In 2010, a DA in Pennsylvania accused Feldman of putting on fixed fights, so he had to battle to restore his rep. I’d not hear about Feldman for a spell, and then, bang, a release would go out, proving that he would not let his dream die easy. I gave him credit for that drive, even when I cringed at a Feldman fight, like George Zimmerman against DMX. Damon seems immune to a cringe response, however. “I want to get this to where we have A listers doing it, and it’s the ultimate Hollywood boxing platform,” Feldman continued.

Yes, he admits, he’s been open to using D and C listers for his cards, but looking forward, he’s keen on luring in a better brand of combatant. Nearly all Feldman main eventers have enjoyed a certain notoriety. That criteria meant he’d be able to rely on hits on the Howard Stern radio show to plug programs, like the one in 2008 that had Jose Canseco fighting ex NFer Vai Sikahema, or the three 2011 events which featured Octomom.

“I really don’t know anything else except boxing,” Feldman told me. “And I’ve turned it into a niche.”

That means he can fire off anecdotes galore about the characters who he has convinced to lace on the over sized gloves and head gear, like Joey Buttafuoco. Working the phones and using his charm to persuade people who don’t know the difference between a left hook and a fish hook means he sometimes gets calls like that one in 2004. Matchmaker Eric Botjer called Feldman, Damon relates, and asks if maybe Feldman would like to put something together for Tonya Harding. Hell yes, he said. The Harding KO of one Brittany Drake still gets play on YouTube, though that was her last organized fight. Decades of smoking had impacted her cardio, and she called it quits. But Damon didn’t; he’d work to pull off promotions like Hagler vs. Leonard, with Marvin Hagler Jr paired up with Ray Leonard Jr, and Kato Kaelin (look him up) against Lindsay’s dad Michael Lohan (you don’t have look him up, he sired the actress Lindsay Lohan.)

And now it’s Odom, who really entered the notoriety zone when he hooked up with Khloe Kardashian. They were married from 2009 to 2016. In 2015, cops got called to the Love Ranch in Nevada, because Odom was in distress. He’d used cocaine and in fact lapsed into a coma for several days, but came out of it. Word was he’d suffered a heart attack, and a stroke, or strokes. Because of that, I asked Feldman if Odom were up to the rigors of a boxing match, even if it’s against Carter, who doesn’t have much experience in that area.

“I got Lamar on social media,” Feldman explained.

“He’s been training every day. Tyrell Biggs’ brother Xavier, who’s trained Usher and Kevin Hart, is working with him. I had Carter signed and so I figured, this might make craziness. We announced it, it went viral. People love craziness, Mike, they love the outcast type stuff, let’s be real.”

But Odom is up for the challenge, he insists.

“They’ll do three one and a half minute rounds, they’ll have headgear on, and use 22 ounce gloves. Lamar has been clean for a few years, he’s training every day, his life has changed. He’s been checked out by a doctor, he feels great. A lot of the reporting was just sensationalizing. Yeah, he had some downfalls, but in Kardashian world, everything is publicity.”

And Carter, he has some spicy stuff on his Wiki, too. But Feldman insists Aaron, who has done some martial arts, is “a good guy, he’s down to earth. He has a kid on the way, his whole life has changed. Boxing changes peoples’ lives. It becomes an addiction.”

After a July 2017 appearance on “The Doctors,” where he weighed 115 pounds, Aaron went into in-patient rehab, and he sounded of clear mind when last week he came on the SiriusXM “At The Fights” show, with Randy Gordon and Gerry Cooney. The 33 year old Carter told Cooney that he sees fighting as he did when presented with the opportunity to take a Broadway stage, as a challenge. “I’m a dancer, I know how to pivot, how to move,” Carter said. He has been performing since he was 7, so nerves won’t be such an issue for him, and his time on dirt bikes means he has deceptive strength, he said. “I’m going to end Lamar Odom with an overhand right.”

He does know that Odom is 6-9, and the six footer told Cooney that he brought in someone that size for sparring. “My game plan is cardio and I’m going to let him have it,” he stated. Round one he will scout the ex hoopster, and in round two he will release himself from the cage.

Ice T and his missus Coco are emceeing, and the affair unspools at the Showboat in Atlantic City.

You just know the gears are turning in Damon’s head, right now, as he contemplates what slightly weathered but desiring of a resurgence person might make a good addition to his CV of promotions.

“One thing I’ve learned, is to never quit, never surrender,” he said.

“I have two kids, and I hit brick walls in parts of my life, but now I’m doing it to leave a legacy for the kids, take care of them properly. I have my own playbook here. We’re going to launch a lot of stuff, in the next 16 months to two years, really sell this product. I am the pioneer of this, I knew and know how to put this together. I’m sort of like how Dana White is in UFC. It’s my company, I built this, and I’m looking into making a truly great platform. The people, the fighters love it. I help make dreams come true. I love helping people!”

The post If celebrities are boxing, Damon Feldman is usually involved appeared first on The Ring.

Lagos Fashion Week 2019: See the celebrities that stole our hearts on the runway of Day 3