Interrailing at 50: reliving our backpacking days … in style | Rail travel | The Guardian

It’s 2am on a Monday in the Oosterbar nightclub in Amsterdam, and Dolly and I are looking at each other more than a little fuzzily as the DJ shows no sign of letting up. In our bleary gazes is the unspoken recognition that our train to Berlin leaves at 7am. Was this midlife-crisis decision to relive part of our misspent youth by going Interrailing such a good idea after all? At 50, aren’t we too old for all this?

Luckily, long rail journeys lend themselves beautifully to “old lady cat-napping”, as Dolly dubs it. But we do make the effort to stay awake for most of our journeys, not wanting to miss the thrill of sitting back in our seats and watching the cities and landscapes of Europe slide past our window like movie reels.

Speeding across the Danish island of Funen and then the four-mile Storebælt suspension bridge towards Copenhagen is particularly spellbinding: every single passenger looks up from his or her book or phone or laptop to gaze out at the shimmering, otherworldly expanses of the Great Belt strait on either side of the train. Impatient as I am to get back to one of my favourite cities, I want to freeze the moment.

Travelling by train is the ultimate proof of that old Chinese proverb, “The journey is the reward.” As glorious as rediscovering some of our best-loved cities was, the greatest moments of our trip were those spent either on the rails or at some of Europe’s most famous stations. Simply sitting in Frankfurt’s part-neoclassical Hauptbahnhof, browsing the departure boards and listening to announcements while eating a frankfurter fresh from a Würstchenstand, I was flooded by the delicious feeling of freedom and limitless possibility I had when I last went Interrailing, at 22. 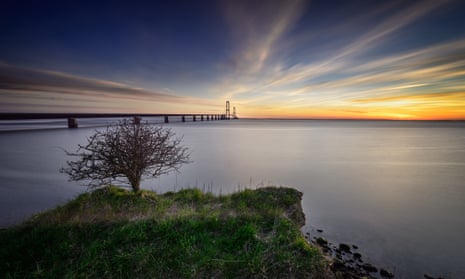 Although the romance of train travel and the exhilaration of having a rail pass allowing unlimited travel in 33 countries are the same (and it’s still great value, especially at the moment as there’s 20% off passes bought by 4 January), the world has changed a lot since then, and so have we. As mums of teenagers, escaping domestic responsibility and routines for a week, we wanted a relaxing break from our organised lives. Technology helped us to do that. Rather than spending our journeys consulting street plans and fretting about getting around when we arrived, we could simply fire up Google Maps and find the right tram or metro to take us to our accommodation.

Making like our student selves and lugging around rucksacks, on the other hand, had us cursing before we’d even set off from London St Pancras. But by then it was too late to swap to something less cumbersome. Carrying all that weight on our back did mean we were always ravenous, though, which was perfect, for once we’d admitted that we weren’t going to be spending our nights on the dance floor of Berlin’s infamous Berghain techno club, as our younger selves would have done, or getting intimately acquainted with Hamburg’s wild St Pauli district, we set to sampling as much local food and drink as we could manage. 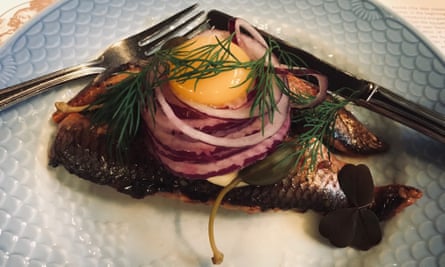 Dutch meatballs (bitterballen) and Two Chefs city-brewed beer in Amsterdam’s low-lit Bar Bukowski, for instance, were followed by Slow Food-inspired rustic cuisine and German ales in Berlin’s Schwarzwaldstuben. In Copenhagen, having copied the locals and cycled around its charming streets and parks, we refuelled in historic style at Det Lille Apotek, or “The Little Pharmacy”. The city’s oldest restaurant was a favourite of Hans Christian Andersen, so it felt rude not to sample the author’s favourite dish – three kinds of herring with onion and capers – accompanied by a sneaky lunchtime shot of his beloved snaps.

Then there came currywurst from the popular Mö-Grill street food stand in Hamburg (Lilienstrasse 36), charcuterie and cheese at Le HasBeen (218 rue Saint-Maur), a ramshackle Parisian bar with a neighbourhood feel, and an indulgent gourmet cocktail “flight” based on ingredients such as thyme, plum jam and olive oil fat-washed tequila blanco in Hamburg’s female-run Chug Club. 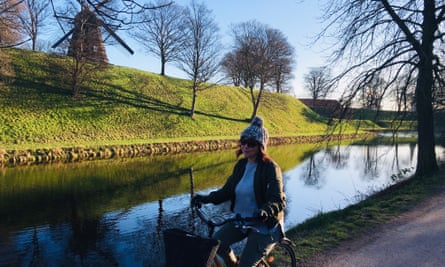 Staying in funky Generator hostel-hotels meant we could stick to a pauper’s budget without feeling hard done by. Indeed, our en suite rooms were better than those in many boutique hotels, at a fraction of the price. And they were brilliantly located for exploring the cities. From the Generator Berlin Mitte, it was a short stroll to the Berlin Wall Memorial at Bernauer Strasse, where open-air exhibitions and a museum paint a searing portrait of the suffering of the East Berliners who attempted to slide down ropes or jump into rescue nets from their apartments, or to dig escape tunnels. In Hamburg, it was the HafenCity former docklands that grabbed our interest, its handsome 19th-century red-brick warehouses now part of an urban regeneration project and housing a spice museum, stylish flats and hip waterside cafes, its historic vessels are loomed over by the ultra-modern Elbphilharmonie concert hall.

With eight-hour journeys seeming to fly by, our week of reliving of our youth was over in a flash, and we immediately regretted not using our passes to the max. And as the catastrophe of 2020 unfurled, we’ve looked back on our adventure not only with longing, but with disbelief. Now acutely aware that our ability to travel can’t be taken for granted, we’ve vowed to each other that as soon as we can, we’ll go for a month or even longer (the longest Interrail pass gives you a full three months to roam). There’ll be no waiting 30 years this time around. 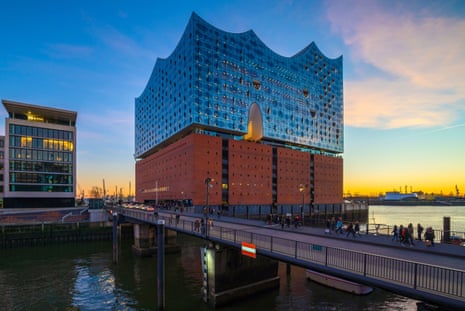 But our new, grown-up motivation will be the same: appetite – for a fantasy menu that embraces quenelles in Lyons, pintxos in San Sebastián, pizza in Naples, waffles in Brussels, tortellini in Bologna, seafood platters in Bordeaux, Sachertorte in Vienna and more. But we have also discovered an appetite for that intoxicating feeling of riding the rails, and for those extraordinary moments when you are standing in front of a departure board in a station, Interrail pass in hand, pondering where to go next. The feeling that Europe is your plate of oysters.
• Until 4 January there is 20% off all Global and most One Country Interrail passes for travel starting any time in the next 11 months. The most popular pass is the Global, allowing seven days’ travel in a one-month period and costs (with the 20% discount) £244 adults, £183 youths (12-27), £220 seniors (60+), children under 12 go free. Twin rooms at Generator hostels start at £62. Those who book an Interrail pass by 31 December for travel in 2021 (departure must be within 11 months of purchase) get 20% off online bookings with Generator