Life is set to be very different once 80 per cent of Australians are vaccinated — but one country has shown the dangers of being too confident and throwing out the rest of the COVID toolkit.

Australia has been promised more freedom once the 80 per cent threshold is met, and the Prime Minister has said at that point, COVID-19 can start to be treated like the flu.

NSW Premier Gladys Berejiklian has said more of society will reopen once the 80 per cent target is hit, but the extent of the freedom will depend on case numbers.

“You would still have to respect some rules that exist around vaccinations, around social distancing, around mask wearing [once 80 per cent target is met],” she said.

But Israel, which has a population only slightly larger than NSW, reopened completely after reaching the 80 per cent mark — and took one giant step backwards. 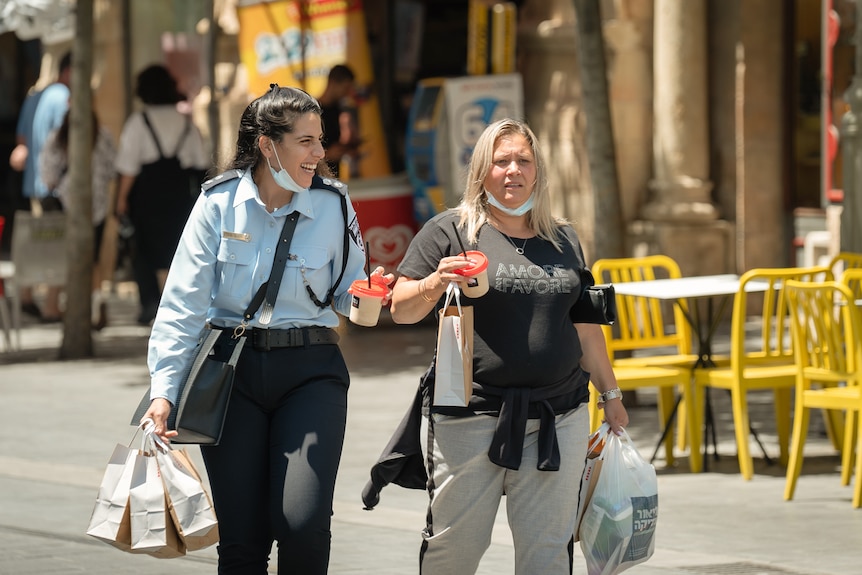 Israel shot to an early lead in the race to vaccinate, inoculating its citizens at an eye-watering pace to deliver the world’s fastest vaccine rollout.

Around 78 per cent of the eligible population are now fully vaccinated, just shy of the 80 per cent target set for Australia to start to open up.

But in recent weeks Israel has been hit by a surprise resurgence of COVID-19, with seven-day average daily case numbers surging past 6,500 this week.

Epidemiologist Catherine Bennett from Deakin University has been paying close attention to Israel’s experience with COVID-19 and said the new surge of infections was”disappointing”, as it quashed many people’s hopes of a return to normality. “Everyone would have loved for the story to be a great one where you could live normally and all would be well,” she said.

“They had gone to the future we hoped might be possible… but that was pre-Delta.”

So what went wrong for Israel? Two months ago it appeared the country had all but conquered the virus.

Seven-day average case numbers had toppled from a peak of more than 8,500 in January to a mere handful by June after a successful vaccination campaign, and health authorities were jubilant.

The death rate had also dropped, from an average of over 65 a day in January to near zero by late June, according to data from Johns Hopkins University.

However, that success would be short lived.

With virtually all restrictions relaxed in June, mass gatherings such as the country’s annual LGBTQI pride parade soon saw tens of thousands of party goers flock to a Tel Aviv beach, singing, dancing and hugging. 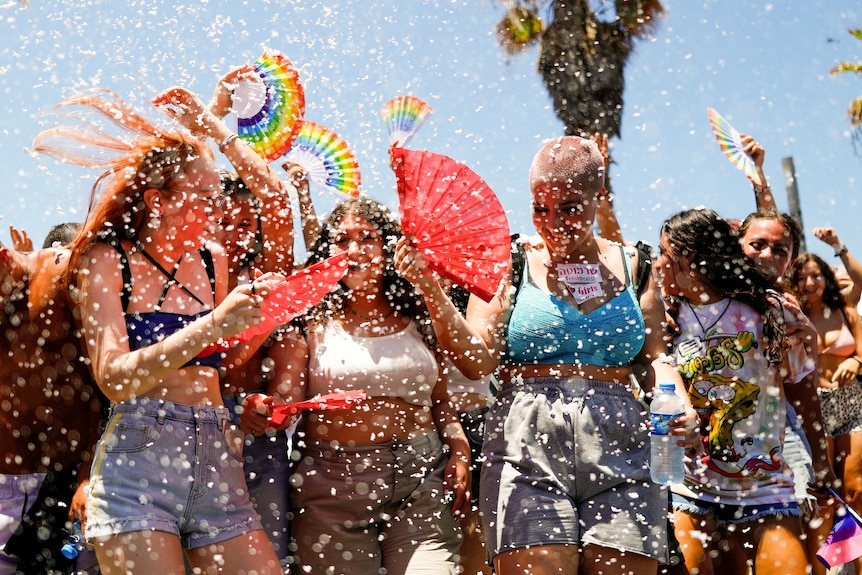 Residents celebrated no longer having to wear a mask or socially distance.Some even travelled overseas, although they were encouraged not to.

But within weeks the Delta variant had entered the country, initially emerging in schools.

“The vast majority of those infected are unvaccinated children. There are also vaccinated individuals [and] the severe cases are among older adults 60 years of age and older,” a statement from Israel’s Ministry of Health said.

Elderly residents who had previously received two doses of the Pfizer vaccine began reporting serious symptoms after contracting the virus, sparking concerns that vaccine effectiveness was wearing off, according to Israeli epidemiologist Nadav Davidovitch.

Professor Davidovitch, who works at Israel’s Ben-Gurion University and is a member of the national expert committee on COVID-19, said Israel had false confidence.

“People were celebrating the end of COVID and this was probably too early,” he said.

Since the explosion of cases, Israel has had to backtrack.

Masks have been reintroduced indoors, and the “green pass” was recently re-imposed, requiring residents to prove their vaccination status before entering certain venues. 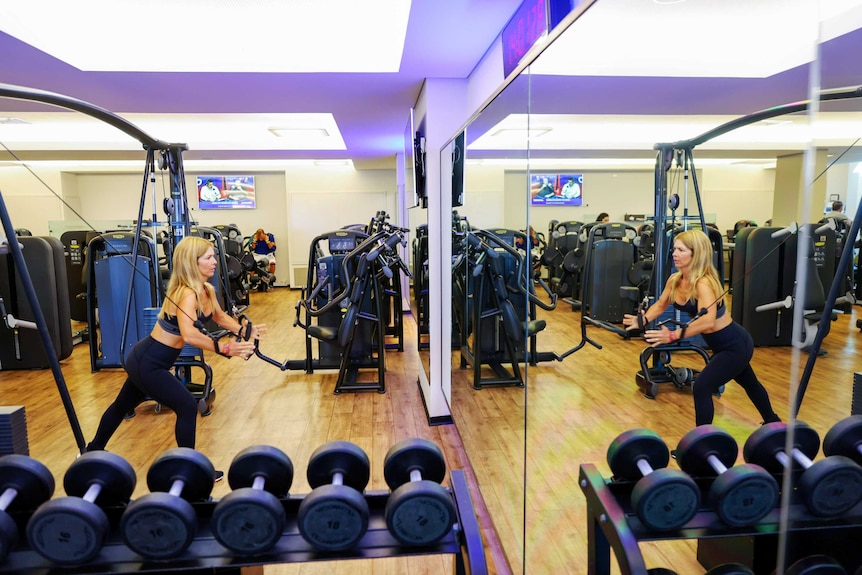 Three weeks ago, Israel began offering third Pfizer shots to the elderly and health care workers, and 1 million booster shots have since been administered.

Israel has also tried incentives such as free beer to win over the hesitant, with more than 1 million people still holding out on receiving the vaccine.

As for calling another lockdown, Professor Davidovitch said the government would resist it for as long as possible.

“For me, lockdowns are only when you’re failing.” He said the main indicator would be if the hospitals were overrun, and said that, fortunately, admissions had halved following the vaccination rollout.

The death rate is also much lower, despite the surging cases.

As of August 17, the seven-day average daily death rate was 19, compared to a seven day average of 65 deaths a day at the peak of Israel’s outbreak in January.

Professor Catherine Bennett said that was one small comfort, but the warning to Australia was clear.

“We know from Israel that opening up completely and [the virus] getting away from you is a problem,” she said.

“Israel relied completely on the vaccine, Australia [should not] do that.” 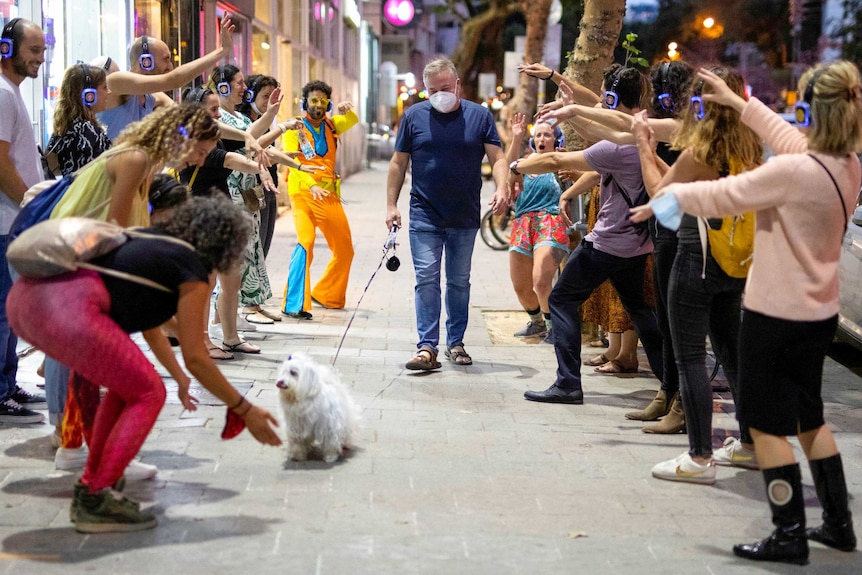 Professor Bennett said Australia was more likely to retain some public health safety measures such as testing, tracing and isolating, even after it reached its 80 per cent vaccination target.

“We can’t get to 80 per cent and expect things to magically change if our case numbers are too high.”

As for when complete freedom will be restored, Professor Bennett suggested it might be a slow process.

“If we suppress transmission by two thirds around the world, we might not see another variant emerge as quickly as we saw Delta, which means vaccines targeting Delta will work for longer,” she said.

“This means we will progressively grind it down to a level we won’t see new variants … and the ideal situation is in a year’s time we can treat COVID-19 like other infections such as the measles,” she said.