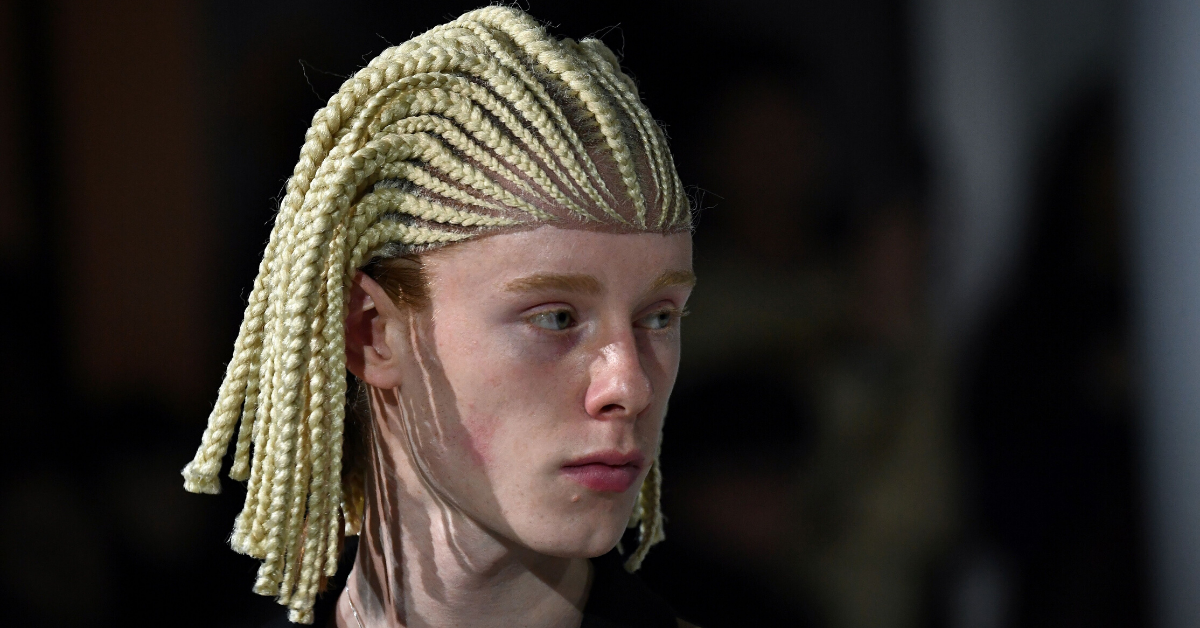 Paris Fashion Week 2020 kicked off with an internet bang as Japanese Fashion label Comme des Garçons has been accused of cultural appropriation after styling White models with cornrows, a hairstyle traditionally only worn by Egyptian and Black cultures.

In an age when mobile phones and Twitter accounts abound along the flanks of the runway, only seconds had to pass before active social media criticism was launched at the fashion brand.

The scandal erupted in response to the modeling of a collaboration between hair stylist Julien D’Ys and designer Rei Kawakubo. The two have collaborated many times in the past, often to great praise.

Posting to Instagram before the show, D’Ys shared a little of what was to come, citing the creative and cultural inspirations he claimed to draw from, particularly highlighting the hairstyles of ancient Egypt.

Featuring a model of color, the post was scandal-free and aroused excitement among followers.

During the show, however, additional White models strutted with the same hairstyle.

Twitter was alight with criticism as many deemed the look an example of cultural appropriation.

“The inspiration for the headpieces for Comme des Garçons menswear FW’20 show was the look of an Egyptian prince. It was never ever our intention to disrespect or hurt anyone – we deeply and sincerely apologize for any offense it has caused.”

@juliendys on Instagram: “Dear all, My inspiration for the comme des garçons show was Egyptian prince A Look i found truly beautiful and inspirational. A look that…”

D’Ys apology did arouse support from many followers, who called critics overly sensitive.

Other followers, however, continued to levy accusations.

And, as is to be expected, Twitter only stayed politically sharp for so long before moving on to humorous criticisms.

This, of course isn’t the first time cornrows have been questionably donned by White people.

Twitter users touched on some past moments when cornrows improperly made their way onto some White heads.

This last tweet refers to Bo Derek’s controversial performance in the 1979 film 10, wherein the following scene really incited some criticism.

If anything is to be taken away from this most recent example of ill-received braids jumping across race, it’s the clear sense that so many companies continue to lack inclusive minds to consider decisions and the possible feelings of disrespect those choices may arouse in the public.