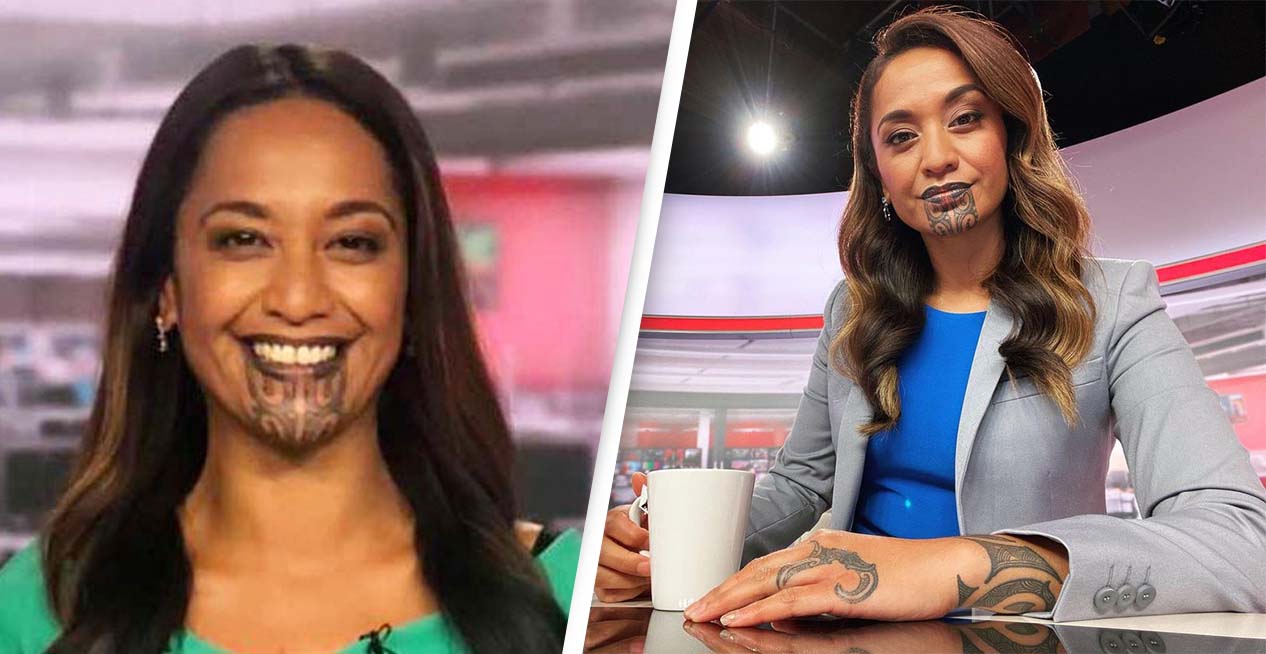 A newsreader has made history as the first-ever person to read a primetime news bulletin with a Māori face tattoo.

On Monday, December 27,  Oriini Kaipara read the news bulletin at 6.00pm for Newshub after she was asked to fill in for usual hosts Sam Hayes and Mike McRoberts.

The 37-year-old’s chin tattoo – called a moko kauae- is one traditionally worn by Māori women and she noted how it has been her lifelong dream to read primetime news sporting it.

The newsreader explained she got the tattoo in 2017 after discovering she was 100% Māori via a DNA test.

Kaipara noted how ‘exciting’ it was and how much she was ‘enjoying it’ to be the first woman to have a Māori face tattoo on a primetime news bulletin, Stuff reports.

I’m not speechless, but it’s a buzz. I am proud of how far I’ve come in being able to anchor 6.00pm right now.

It’s definitely a step forward, and a step-up. If there was a goal for me, it would be anchoring prime time news, and that’s happened.

‘But that comes with doing the hard yards, and then actually realising it and doing it is really exciting,’ she added.

Wahine toa!
Seeing Oriini Kaipara presenting the 6pm news is the kind of thing I could only dream about as a little girl of Māori and Pākehā descent in the 1980s. https://t.co/iES9dodap8

Kaipara left TVNZ in May before landing a role with Three, and is set to take up a presenting role permanently in the 4.30pm slot on Newshub Live, however, she hopes to become a permanent presenter for the 6.00pm bulletin.

I’ve been realising for a while that it’s much bigger than just reading the news, or doing stories that matter to all of us.

It’s also a big win for this generation and the next 10 generations – don’t let identity or your culture hold you back from anything. In fact, you use it as your power, to be greater and do great things for everyone.

‘It’s breaking new ground for us as Māori, but also for people of colour. Whether you’ve got a moko kauae or not’, she concluded.

Kaipara is currently set to read the news on Newshub Live until Thursday, December 30.