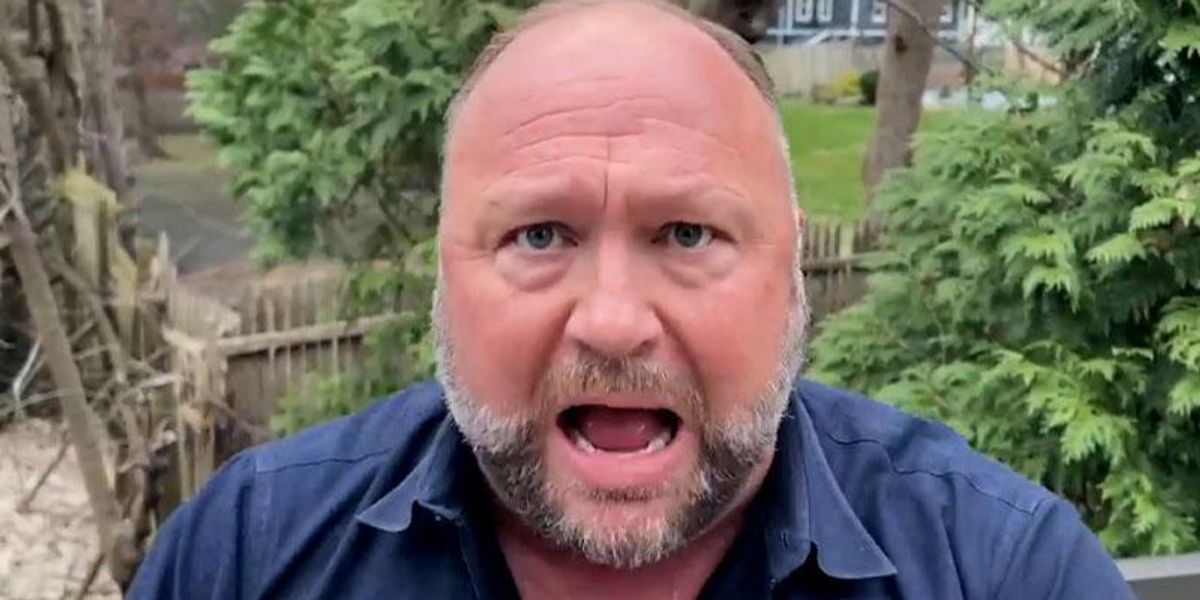 In a ruling on Monday, López granted an order to lift a stay that was automatically put in place when Jones filed for Chapter 11 bankruptcy protections.

The judge set the order “immediately to (i) allow the Sandy Hook Post-Trial Families’ Cases to continue to proceed to entry of final judgment and (ii) once judgments are entered, to allow appeals, if any, to proceed and the Sandy Hook Post-Trial Families to pursue, respond to and participate in any such appeals without further order of the Court.”

News 12’s John Craven reported that the families of Sandy Hook victims agreed to postpone collection of the massive debt for now.

On CNN Monday, former White House ethics czar and House impeachment counsel Norm Eisen argued that the January 6 Committee’s criminal referral of former President Donald Trump for insurrection-related charges kicks off a new wave of legal battles around the country to remove the former president from the ballot, even as he seeks the Republican nomination for president for the third consecutive time.

This comes amid growing doubt that the former president even has the nomination locked up, as polls suggest he is slipping with Republican primary voters and allies speculate he may have little energy for the campaign beyond using it as a legal liability shield.

“When you think, Norm, specifically on this criminal referral of assisting or aiding an insurrection, that’s a charge that is rarely used,” said anchor Brianna Keilar. “It’s hard to prove. What did you make of that being included in?”

“It hasn’t been used since the Civil War,” said Eisen. “Of the four charges that were brought today, it’s the least likely actually to be charged by the Department of Justice, but in some ways it’s the most important because, Brianna, part of the reason this committee has been so effective throughout constant surprises, this was a surprise, but they also meet the moment with drama. This lays down a marker, and I think it is true. Former President Trump aided and gave comfort to an insurrection. He assisted an insurrection. He was part of an insurrection. And so it lays down a mark, and it will be very important.”

Just as notable, Eisen continued, it lays down a legal basis for people to challenge Trump’s eligibility for the ballot — challenges that have already happened for some far-right Republicans around the country.

“On the big battlefronts from coast to coast, people are trying to get Donald Trump removed from the ballot because under the 14th Amendment, Section 3 of the Constitution — just wrote a big report about this — under the 14th Amendment, if you give aid and comfort to insurrectionists, you help them, or you’re part of an insurrection, then you can’t run for president.

Watch the video below or at this link.

Vice reporter Tess Owen observed that the summary has nothing in it about the pipe bombs set at the RNC and DNC on Jan. 6, which is something that the FBI has been unable to solve. While it isn’t the responsibility of the Jan. 6 committee to solve this crime, it was such a significant piece of the puzzle allies agreed it was unusual not to mention it.

The Nation’s legal analyst, Elie Mystal, penned a summary of the factoids concluding with a quote of Rep. Jamie Raskin (D-MD).

“Ours is not a system of justice where the foot soldiers go to jail and the masterminds and ringleaders get a free pass,” said Raskin.

As Mystal explained, Raskin is correct that it’s supposed to be that way, but he’s wrong that the ringleaders don’t get away with the crimes.

“That’s exactly what our system of justice does all the time,” said Mystal. The people who make the system of justice work that way are prosecutors, cowardly prosecutors who would rather bury a low-level, poorly represented criminal in a trucker hat under the jail than risk tangling with a well-funded, politically connected, openly guilty white man in a suit.”

MSNBC’s Justice reporter Ken Dilanian pointed out that the House Select Committee’s executive summary of the Jan. 6 report “is a powerful summary of the evidence against Trump, but it’s utterly silent on why the FBI and other security agencies failed to act on intelligence suggesting far-right extremists were planning violence in DC on 1/6.”

The summary does include some details about the information that was gathered in Dec. 2020 about the Proud Boys preparing for the attack on the Capitol. That was turned over to the FBI. Another reference in the summary talks about the online chats from the Oath Keepers referring to state capitols being attacked by protesters across the country earlier in the year: “If they were going to go in, then they should have went all the way.”

“There is only one way. It is not signs. It’s not rallies. It’s f*cking bullets,” a user replied at the time.

The summary also cited public sources who emailed the Secret Service a document titled “Armed and Ready, Mr. President,” on December 24th, that were a response to Trump’s Dec. 19 tweet calling allies to the Capitol.

The government had the information to act, but there’s no indication about why that information never made it to those that could act to protect the Capitol.

Legal analyst Brad Moss agreed that if the full report doesn’t deal with the answers around this then they’ll be ripe for criticism. The Department of Homeland Security, which houses the Secret Service, knew about many of the reports. The communications between top officials there disappeared after being subpoenaed.

Former DOJ national security expert David Laufman agreed that the summary “should have included key findings on what law enforcement knew about threats of violence before January 6 and why more proactive action to interdict it wasn’t taken.” He noted that it “would not have diluted force of findings and recommendations on Trump.”

In an analysis by legal experts Norman Eisen, E. Danya Perry and Fred Wertheimer, the lawyers noted that the criminal referrals for Trump are “largely unprecedented cases. They will not be easy to bring or to win. Ultimately, that is why the committee’s referrals are so meaningful. Prosecutors need all the help they can get, and the Jan. 6 committee just gave it to them.”

Legal analyst and Lawfare writer Anna Bower also called out the numerous comments in the Jan. 6 summary about the Georgia probe into Donald Trump and his efforts to push officials in the state to throw out the certified election results.

\u201cWhile the J6C\u2019s criminal referrals are tailored to federal law and DOJ\u2019s investigation, notable that its Executive Summary repeatedly also mentions the Fulton Co. investigation\u2014and notes that GA prosecutors have received information from the committee directly re: obstruction.\u201d

On Monday, the Washington Examiner reported that the former California GOP lawmaker who once mentored and employed House Republican Leader Kevin McCarthy is warning he cannot be trusted.

“You never know what’s inside, really,” former California Rep. Bill Thomas (R), who employed McCarthy for years, said this week. “Kevin basically is whatever you want him to be. He lies. He’ll change the lie if necessary. How can anyone trust his word?'”

Thomas, who once represented the Bakersfield congressional district that McCarthy now represents and employed him as a congressional aide, previously took McCarthy to task in their hometown paper for his handling of the January 6 Committee,

“‘It was as though they went to an extended lunch and came back and resumed their mission: reinforce, by your votes, the lies of the president,” said Thomas, a former political science professor at Bakersfield College.

McCarthy originally called on Trump to resign in private after the January 6 attack, but subsequently leapt to the former president’s defense, opposed the establishment of a bipartisan 9/11-style commission to investigate, and boycotted naming any Republican members to the eventual select committee empaneled for the issue.

With Republicans winning the House narrowly in the 2022 midterm election, McCarthy is first in line for the Speakership but faces critical obstacles in securing the votes. A small bloc of hard-right Republicans are vowing never to back him for Speaker, and have enough votes in theory to deny him the necessary 218. 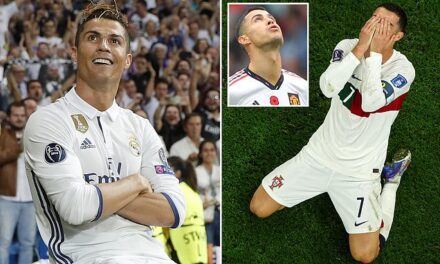 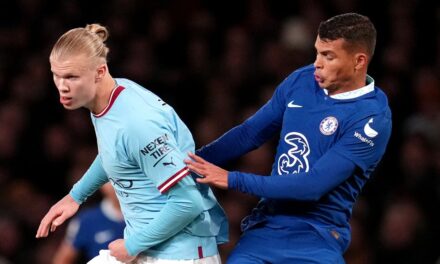 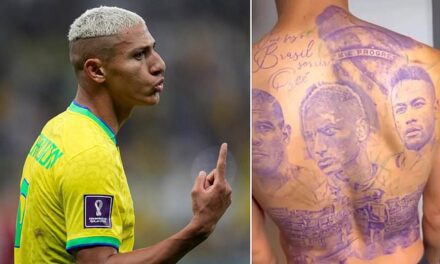 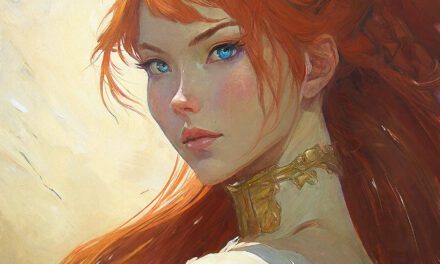