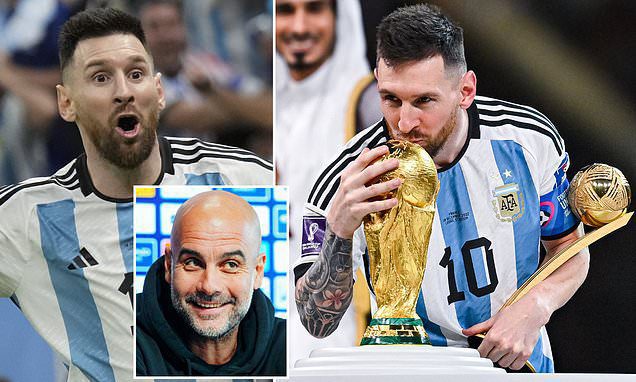 Pep Guardiola has once again hailed Lionel Messi as the greatest footballer of all time – weighing in on the debate after Argentina’s triumph in Qatar.

Messi, 35, finally won the prize he had craved the most as Argentina beat France on penalties after an enthralling 120 minutes in the final of the World Cup.

The Argentine scored twice, taking his tally of goals in the tournament to seven, leading him to also claim the player of the tournament award – his second such award of his glittering career.

Speaking in the aftermath of Argentina’s first World Cup triumph since the Diego Maradona-inspired victory in 1986, Guardiola hailed his former player – while also congratulating one of his current stars in Julian Alvarez.

‘Everyone has an opinion but nobody can doubt that he is there, with the greatest of all time,’ said the Manchester City boss. ‘For me I said many times, he is the best, but it will be difficult to understand.

‘A player can appear and compete with what he has done in the last 50 years to 70 years, but the people who saw Pele or [Alfredo] Di Stefano or Maradona, they can say their favourite.

‘In their opinions they are sentimental, you know? But on the other side, if he [Messi] had not won the World Cup, my opinion about what he has done for world football, it wouldn’t have changed absolutely anything. Of course, for him it’s the final achievement of an incredible career.’

Earlier this season, a video emerged showing Guardiola extolling the virtues of Messi to his players in a team talk.

‘Do you know why Messi is the best player I’ve ever seen in my life?’ he asked them.

Pep Guardiola has his say on whether Lionel Messi is now the greatest footballer of all-time after Argentina’s World Cup win. pic.twitter.com/WxQquQCare

Guardiola prior had congratulated Alvarez, as well as Nicolas Otamendi – who spent four seasons under the tutelage of Guardiola at Manchester City.

‘We are incredibly happy for him [Alvarez], congratulations to him and Nicolas Otamendi, and personally to Lionel Messi,’ said Guardiola.

‘For Argentina as a country, they are a well-deserved champion. For Julian, he is with us and we are delighted because he played a lot.

‘His contribution was amazing for the team and the way they played. We have a world champion in our team.’ 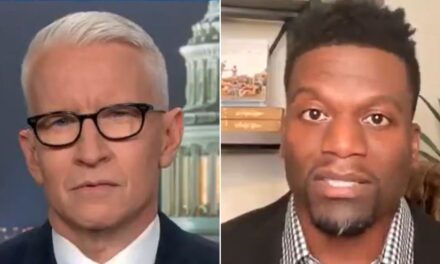 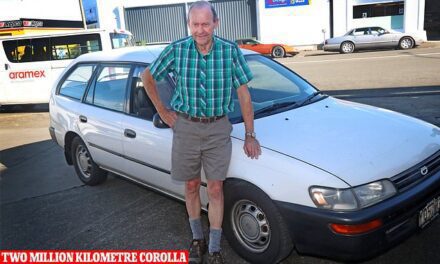