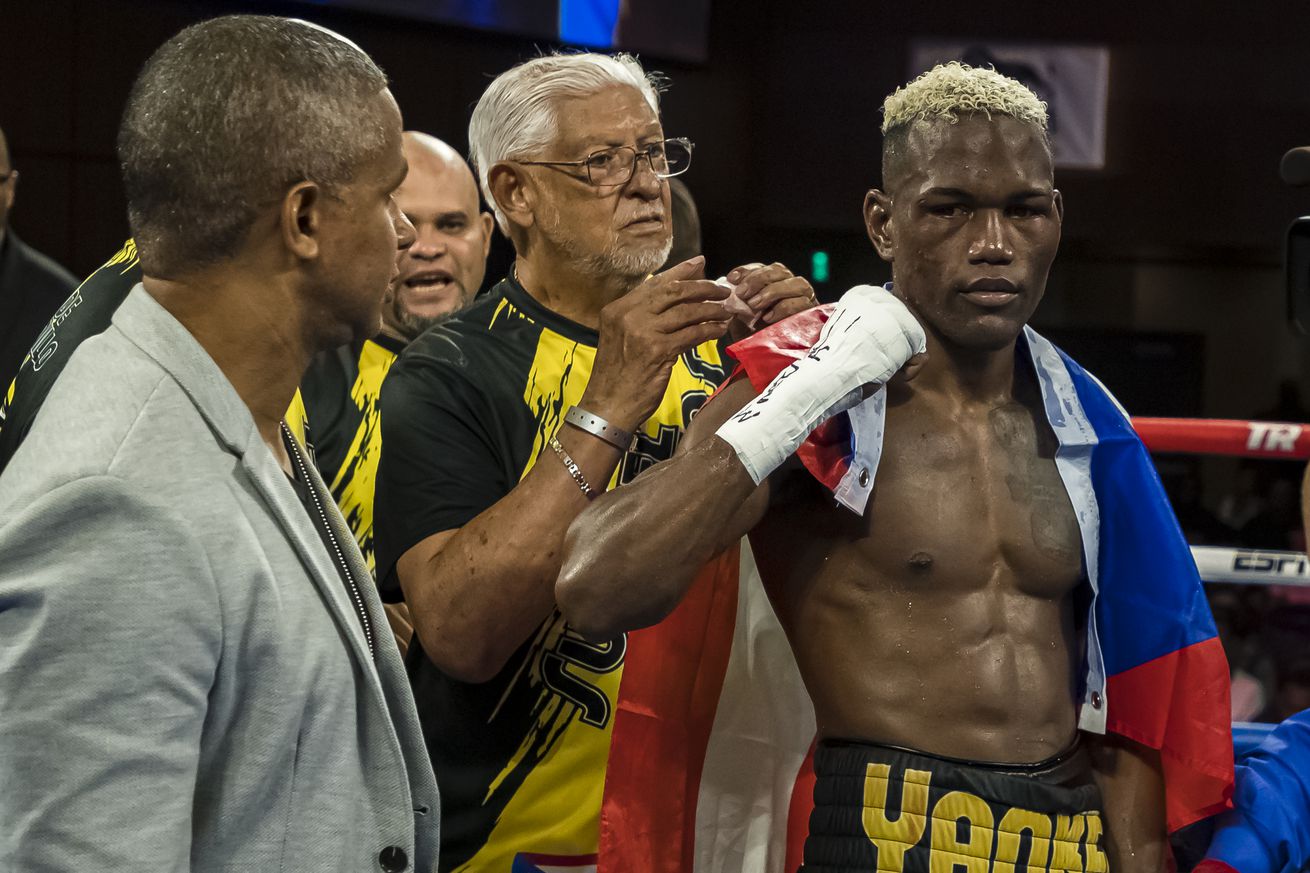 Matias is ranked in the WBC and IBF top fives

IBF super lightweight contender Subriel Matias will return to the ring this upcoming Saturday (November 30th) in his first fight since his tragic victory over Maxim Dadashev, headlining a show in his native Fajardo, Puerto Rico against Argentine journeyman Jonathan Jose Eniz.

Matias (14-0, 14 KO) entered the Dadashev fight as the clear B-side, an unknown 27-year-old with a gaudy record up against a proven and well-promoted prospect in Dadashev. Instead, Matias turned in a breakout performance, punishing Dadashev’s body and taking increasing command of the fight as the rounds went by until Dadashev’s trainer, Buddy McGirt, made the call to pull his charge before the start of the final round.

“Mad Max” wound up hospitalized immediately after the bout and taken in for emergency brain surgery, but despite McGirt’s genuine heroics, he died four days later.

Matias, understandably, has had a rough few months. He says that he received messages from Russians calling him a murderer, and that he suffered Dadashev’s death “as though he were family.” He does, however, say that he doesn’t expect to have mental difficulties upon his return to the ring. If he doesn’t, he should make mincemeat of Eniz (24-12-1, 9 KO), who is profoundly active but whose best win came over 38-year-old former champion Cesar Rene Cuenca.

One odd detail is that despite the Dadashev fight being billed as a final eliminator for a crack at Josh Taylor, the IBF currently has Matias at #2 behind the wholly undeserving Apinun Khongsong. Matias’ promoter, Juan Orengo, says he’s in contact with the IBF to determine his status.

In the (bad) light of air pollution, Sourav Ganguly says scheduling needs to be ‘practical’ in the future | Sports News, The Indian Express