The jet-setting habits of Bill Gates and Paris Hilton mean that they produce an astonishing 10,000 times more carbon emissions from flying than the average person. This was the conclusion of my research mining their social media accounts (tweets, Instagram and Facebook posts) as well as those of a number of other celebrities for clues as to where they were in the world over the course of 2017 and how they got there. As such, this estimate is conservative – they may well have taken more flights and not volunteered the information to their millions of followers.

This highlights the insane disparity in carbon emissions between the rich and the poor. In 2018, an average human emitted less than five tons of CO₂ overall. But this hides vast differences in individual contributions. In the case of air travel – the most energy-intensive human activity, no other human activity consumes as much energy in such a short time – the global average is 115kg CO₂ per person per year. Yet the vast majority of humanity never fly. This average is created by the staggering emissions of the richest proportion of humanity. I calculated that Bill Gates, for example, causes at least 1,600 tonnes of CO₂ to be emitted into the atmosphere – and this is from flying alone. 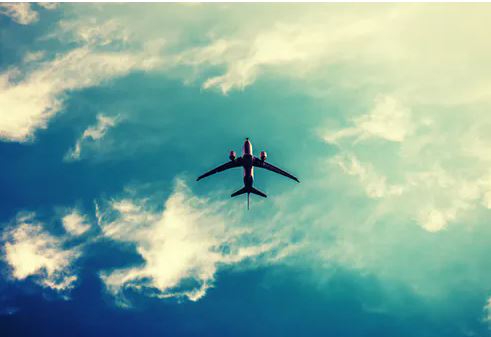 Of course, it’s not only celebrities who are the problem. Recently published figures reveal that 1% of English residents are responsible for nearly one-fifth of all flights abroad. Nearly half (48%) of the population, meanwhile, did not take a single overseas flight in 2018.

Calling out the extent of this disparity is key given that humanity has agreed to stabilize global warming at 2°C. To achieve this goal, emissions of greenhouse gases have to be reduced drastically. The Paris Agreement accepts that the burden should be better shared around: countries that emit a lot per citizen should make greater contributions to de-carbonization.

Of course, there will also be disparity within each country: some high emitters as well as some who hardly contribute to global warming at all. I wanted to find out just how central the highest emitters might be to this question – just how much of the burden we should expect them to take on. Celebrities, by definition, are influential and often wealthy. While anecdotal evidence suggests that they are also frequent fliers, it has been difficult to determine their contributions to global warming. Very wealthy people are rarely represented in household surveys. To find out, I tracked the jet-set lifestyles of ten celebrities by analyzing their ample social media presence.

I analyzed Twitter, Facebook and Instagram accounts for travel information volunteered. To narrow down the research, only air travel was recorded, though of course celebrities also cover (additional) distances by car. Social media posts were evaluated for journey start and end points, the type of aircraft used and the distances traveled. This information was used to calculate likely fuel use and associated emissions.

The vast emissions caused by these individuals suggest that a very small share of humanity has a very significant role in global warming. This likely equally true for a much wider range of economic, cultural and political elites.

We have known for a while that the world’s richest 10% produce half of global carbon emissions. But climate policies have so far tended to omit this issue of carbon inequality.

Worldwide, nations have focused on the decarbonisation of production within states, ignoring wild differences in consumption habits. And it’s increasingly looking like the climate crisis can’t be addressed while a small but growing group of super-emitters continue to increase their energy consumption and portray such lifestyles as desirable through their social media channels. Due to their wealth, these elites also exist outside the market-based frameworks implemented to reduce emissions, such as carbon taxes, air passenger duties or carbon allowances for companies.

This is also the main issue highlighted by the growing youth movement demanding personal carbon accountability. As Greta Thunberg affirmed early on, “the bigger your carbon footprint, the bigger your moral duty”. And flying, as a very energy-intensive activity, has been identified as particularly harmful and socially undesirable.

This has resulted in a major clash about the social and moral norms surrounding air travel. For decades, frequent fliers have been seen as living desirable lifestyles. To be a global traveler automatically infers a high social standing. Celebrities in particular have fostered this perspective through their communication of glamorous, globetrotting lifestyles. The ten celebrities studied in this research, for example, collectively reach out to 170m followers on Instagram alone.

But more and more people are beginning to question what is desirable, justifiable and indeed “normal” to consume. In the case of flying, this has come to be known as “flight shame”. In some circles, air travel is beginning to be framed as a destructive human activity. This is a major shift from the dominating production-oriented approach to climate change mitigation. The new focus on consumption challenges every individual to live within a sustainable personal carbon budget – and argues that this can be the most powerful way of forcing policy and industry change.

The implications of the flying habits of global super-emitters are therefore far reaching. It is clear that governments need to follow the public and pay more attention to consumption in order to stem the growing class of very affluent people who contribute very significantly to emissions and encourage everyone else to aspire to such damaging lifestyles.

By Stefan Gössling, Professor in Service Management and Service Studies, Lund University. This article is republished from The Conversation under a Creative Commons license. Read the original article.

30 Celebrities Hanging Out With Their Younger Selves (New Pics)

Celebrities Who Were Teachers Before They Got Famous | PEOPLE.com