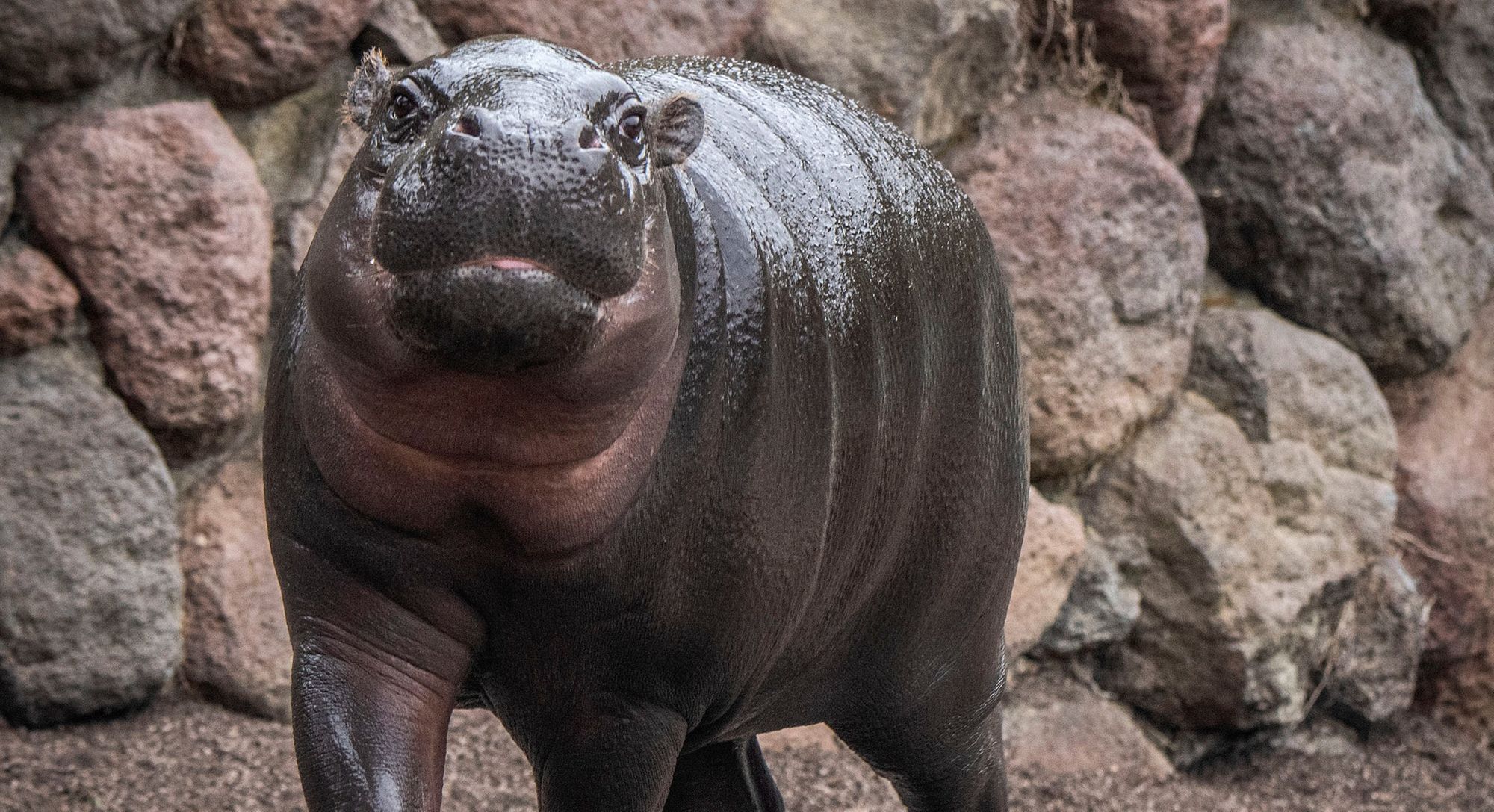 San Francisco Zoo & Gardens announced Friday that it recently became home to a two-year-old male pygmy hippopotamus named “Udo” — which translates to “peace” in Igbo — becoming the first of this rare species to be kept at the zoo since 2004.

When we people think of hippos, images of fifteen-foot-long semi-aquatic mammals weighing upwards of 4,000 pounds come to mind. For the most part, this is accurate; common hippos are often considered to be the second largest land animal just behind the African elephant. But there are actually two species of hippos in the world — with one of them, the pygmy hippo, being considerably smaller.

The San Francisco Zoo is now home to an example of that aforenoted species.

According to the International Union for Conservation of Nature (IUCN), there are estimated to be less than 3,000 pygmy hippo individuals still left in the world — and their numbers are likely still declining, given the rampant rates of deforestation and poaching found in their dwindling home ranges. Due to its low numbers in the wild and ongoing environmental threats to the species’ existence, the pygmy hippo holds an “endangered species” label for its conservation status by the IUCN.

It’s why captive examples like Udo are essential to the future of these rare hippos. Captively managed examples such as Udo exist as genetic reservoirs for potential breeding programs, should pygmy hippos become extinct in the wild.

Hearing that the two-year-old hippo is already thriving in his new home is exceptionally good news.

Our new pygmy hippo has a name: “Udo,” which means “peace” in Igbo, a native language of Western Africa. Pygmy hippos are endangered in the wild, a victim of habitat loss and illegal hunting. pic.twitter.com/9xeImJ0ljK

“Our Udo is acclimating well to his new home near our other endangered African species, including African lions and black rhinos,” reads a tweet from the San Francisco Zoo. “He especially loves the meadow in his habitat where he eats the African honeysuckle that grows there.”

Pygmy hippos are more terrestrial compared to their larger, less svelte sister species; pygmy hippos also tend to have more of a taught “barrel shape” to their bodies, as opposed to the flabbier, more aquatic common hippo. The legs of pygmy hippos are also proportionally longer, and these hippos have smaller heads and mouths, making it easier for them to navigate dense rainforests.

Though nocturnal and reclusive by nature, Udo seems to be enjoying interacting with the public and zoo staff.

Normally a shy species, our Udo already is charming everyone, as he engages with Zoo visitors while swimming in his new pool! Come visit Udo and our animals of Africa!

“Udo already is charming everyone, as he engages with Zoo visitors while swimming in his new pool,” reads another tweet from the zoo.

He, too, has apparently caught the gaze of some big cats being kept at a nearby exhibit: “Udo seems to have caught the attention of our snow leopards who can view him from the highest ridge of Snow Leopard Mountain,” says Tanya M. Peterson, CEO and Executive Director of San Francisco Zoological Society, in a news release.

To make a reservation at the San Francisco Zoo and scroll through other animals on display, visit sfzoo.org.

Worst yet to come for Canadian market