Somehow, Hair Tinsel Is Back in Style 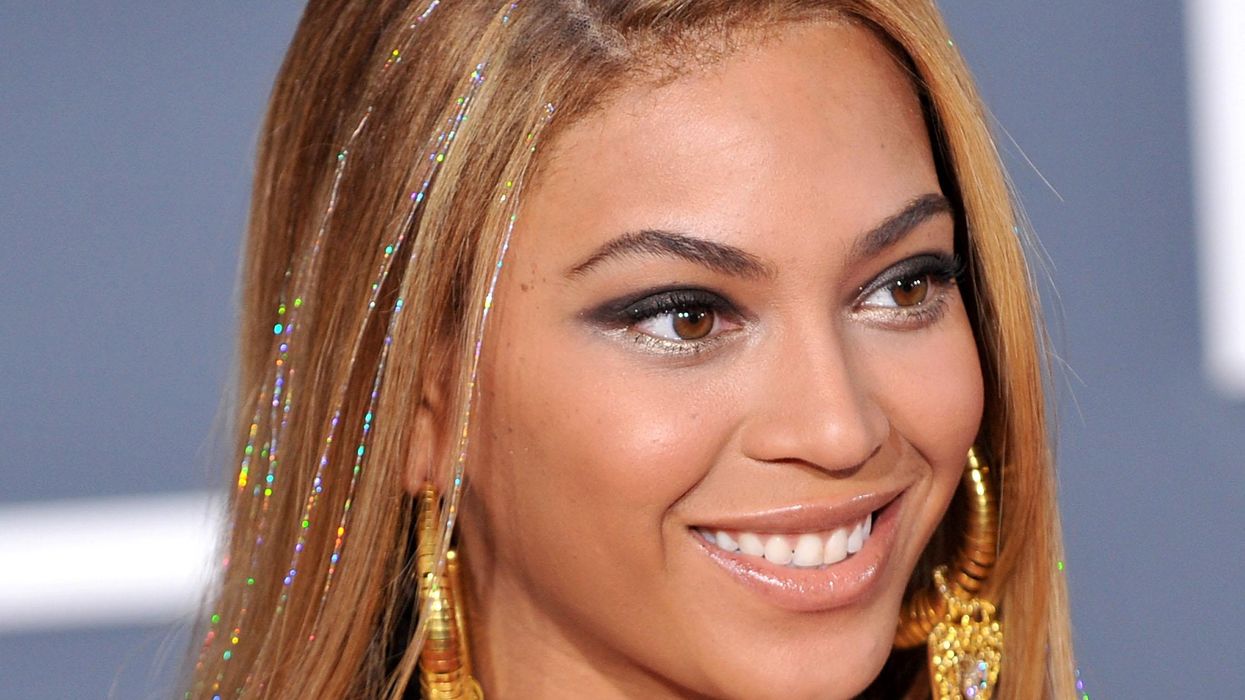 Every year, there seems to be a fresh new set of holiday beauty trends that take social media by storm. Last year it was cat-eye nails, this year it’s hair tinsel.

Although it’s not “new” by any means; hair tinsel actually made its debut in the ’90s, then again in the 2010s and now it’s back in full force for the holiday season. TikTok is alive with the trend, giving My Little Pony a run for its money.

Unlike the iconic feather extensions, which were a heinous crime against fashion (Kesha we’re looking at you…), hair tinsel is way more versatile and has stood the test of time — cosigned by the like of Beyoncé and Kacey Musgraves.

Also known as “fairy hair,” tinsel is relatively simple to install and costs no more than $20 to DIY. You can also get it done at most salons that are well-equipped with other types of extensions. The glittery locks are something out of a holiday Pinterest board and will give you the most luxurious-looking hair for every party this season.

You can find many of the kits on Amazon, but there are a few things to note: First, look for a package with many color options. Most come in packs of 10-15 different colored tinsel — just make sure you’re taking your actual hair color into consideration if you want it to blend well. For example, brunettes should look for brown tinsel, blondes look for silver tinsel, etc. Of course, you can also do whatever color you think is cute, or will match a specific outfit and makeup look.

You also want to make sure that your tinsel comes with the right tools — you’ll need a pair of pliers, a metal loop tool and extension beads (keep in mind that the extension beads need to be the same color as your roots to blend). We recommend ordering the tinsel and the tools separately, that way you can ensure you have everything you need without compromising on colors.

Most importantly: make sure the tinsel you purchase is heat resistant so that it doesn’t melt if you try to go over it with a styling tool.

There are a few different ways to install the glittery locks, but it’s essentially as simple as taking the tinsel, tying it to an extension bead and securing the bead to your hair with a pair of pliers by squishing it (sounds weird, I know). It can get tricky when moving to the back of your head, so we recommend just doing six to eight beads per row, spaced about half an inch apart with three to five rows on each side of your head.

Check out the tutorial, below, from our Snapchat show, SNATCHURAL, as I break down step-by-step how to install the tinsel.

You Can Soon Buy A Pair Of KFC Crocs, Complete With Chicken-scented Drumsticks On Top

How to stop Pilling aka Annoying Bobbles In Your Makeup – My Daily Publication – Art, Design, DIY, Style as well as Appeal!