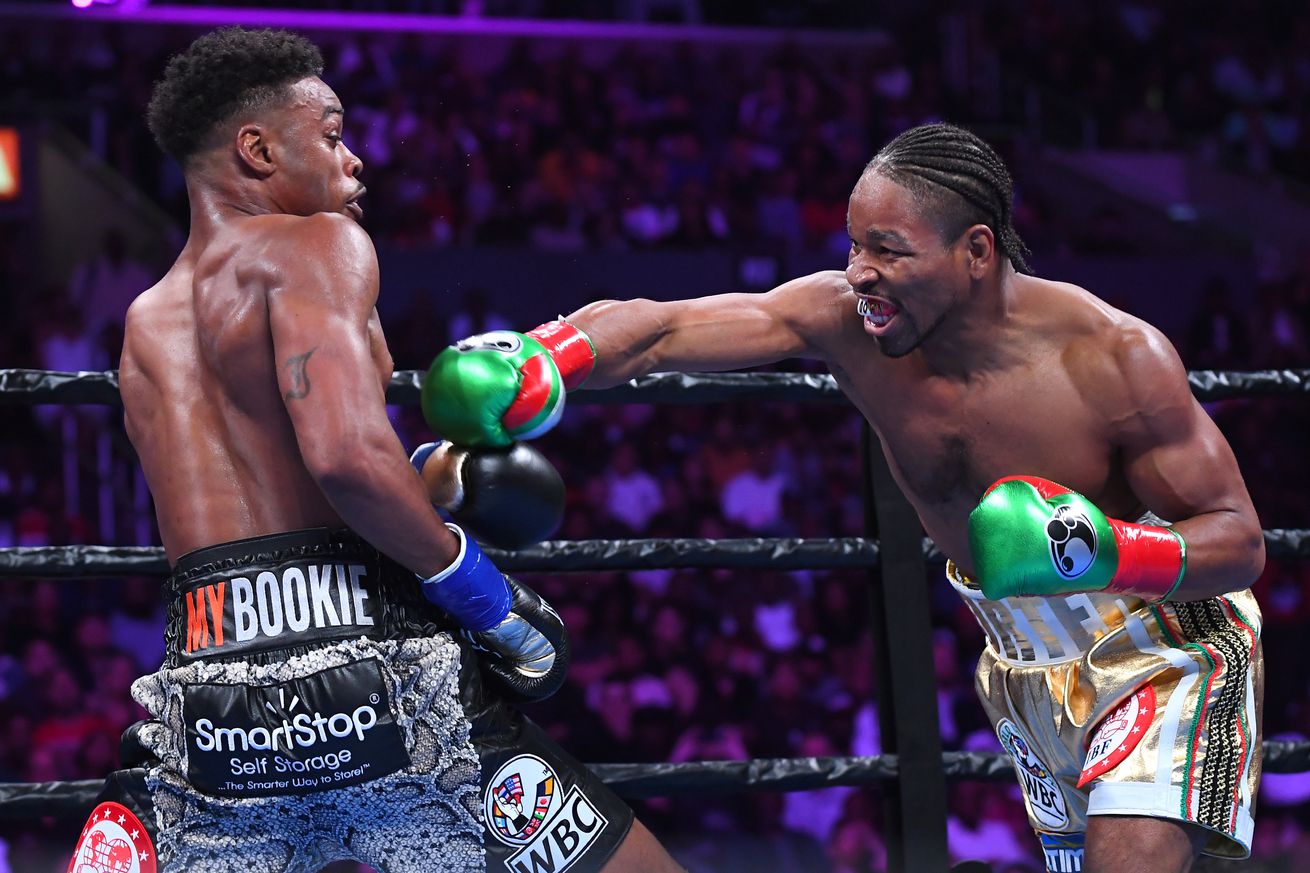 Spence-Porter joined the list of 2019 unification fights that could be considered for Fight of the Year.

Despite the convoluted inconsistencies surrounding Alphabet Titles in boxing, Saturday night at Staples Center once again underlined the importance in pitting champion vs. champion. An obvious statement, sure, but an unavoidable truth in the quest to quench our thirst in a sport that suffers from far too many droughts.

36 minutes of absorbing action for two versions of the welterweight gold allowed Errol Spence Jr and Shawn Porter to put on a Fight of the Year contender, as an engaged Los Angeles crowd watched on in awe at the cream of the 147-pound division. In a fight that ebbed and flowed throughout the 12 rounds, a six-minute burst from Spence in the closing two rounds proved to be the defining difference, dropping “Showtime” with a thunderous left hook in the 11th. My scorecard read 114-113 in favour of “The Truth,” with anything between 8-4 in rounds for either fighter, arguably, being a fair scorecard.

These are the fights we crave. As frustrating as they prove to score, the nip and tuck rounds that can be swayed by a single punch in the last thirty seconds are those that keep us on the edge of our seats, hooked up and locked into every detail. The kind of fights that split the pundits and analysts down the middle, with a bias towards different styles often proving the difference for the adjudged winner.

With both fighters entering the ring inspired to defend their title, an added desire and hunger so often transforms a unification spectacle into more than just a fight. Pride, honour and desperation leak out of every pore as both fighters drain themselves of everything in order to get their nose over the line first.

So far, 2019 has been a poster child for the desire of unification throughout the weights. Daniel Roman and TJ Doheny got the ball rolling as they stole the show on the undercard of Rungvisai-Estrada II in April this year. The WBA and IBF super bantamweight titles were claimed by a majority decision win for Roman.

The 122-pounders went to war inside The Forum to produce one of the first Fight of the Year contenders of 2019, but the following months would continue to produce as further champions collided.

Cinco de Mayo weekend saw Canelo Alvarez and Danny Jacobs throw their WBC, WBA Super and IBF world middleweight titles up in the air, with the T-Mobile Arena enjoying a 160-pound duel for the purists. Void of any significant highlight-reel moments, a tactical 12-rounder saw Canelo get the nod on the scorecards, with a refreshing lack of controversy underpinning the fight. Action-packed, perhaps not, but two guys at the very peak of their powers proved once again that the biggest tests bring out the biggest performances.

Into June, where Katie Taylor and Delfine Persoon put on 10 rounds of some of the best female boxing we’ve seen in an attempt to unify their four lightweight titles. Taylor won a razor-thin, brutal majority decision victory, with the Belgian leaving the ring in floods of tears following the defeat.

You could barely catch your breath during this scintillating 20 minutes of high-level warfare, with Taylor’s eagerness to engage turning a fight that was so heavily favoured for the Irishwoman on its head. We await news of a rematch in 2020 after Taylor has attempted to prize the WBO female junior welterweight title away from Christina Linardatou in November.

The junior welterweight titles were next, as Jose Ramirez and Maurice Hooker collided for the WBO and WBC titles in what would unfold as a true summer-sizzler. Early fireworks ensued as Hooker touched down in round one, lighting the touchpaper for six rounds of gunslinging between the previously unbeaten 140 pounders.

Ramirez got the stoppage in the sixth round with both men exhausted from their earlier efforts. A left hook was followed by a barrage of punches on the ropes, with Hooker being forced to surrender his WBO crown.

So what’s next? As the final quarter of the year approaches, three further unifications duels look set to attempt to add their names to the shortlist of Fight of the Year contender. Beterbiev-Gvozdyk at light heavyweight, Prograis-Taylor at junior welterweight and Inoue-Donaire at bantamweight; you can happily argue that two of those three bouts are genuine 50-50 contests.

The World Boxing Super Series has been partly responsible for a surge in champion vs champion contests. Let’s hope this precedent is followed into next year with proof that the rewards can outweigh the risks.