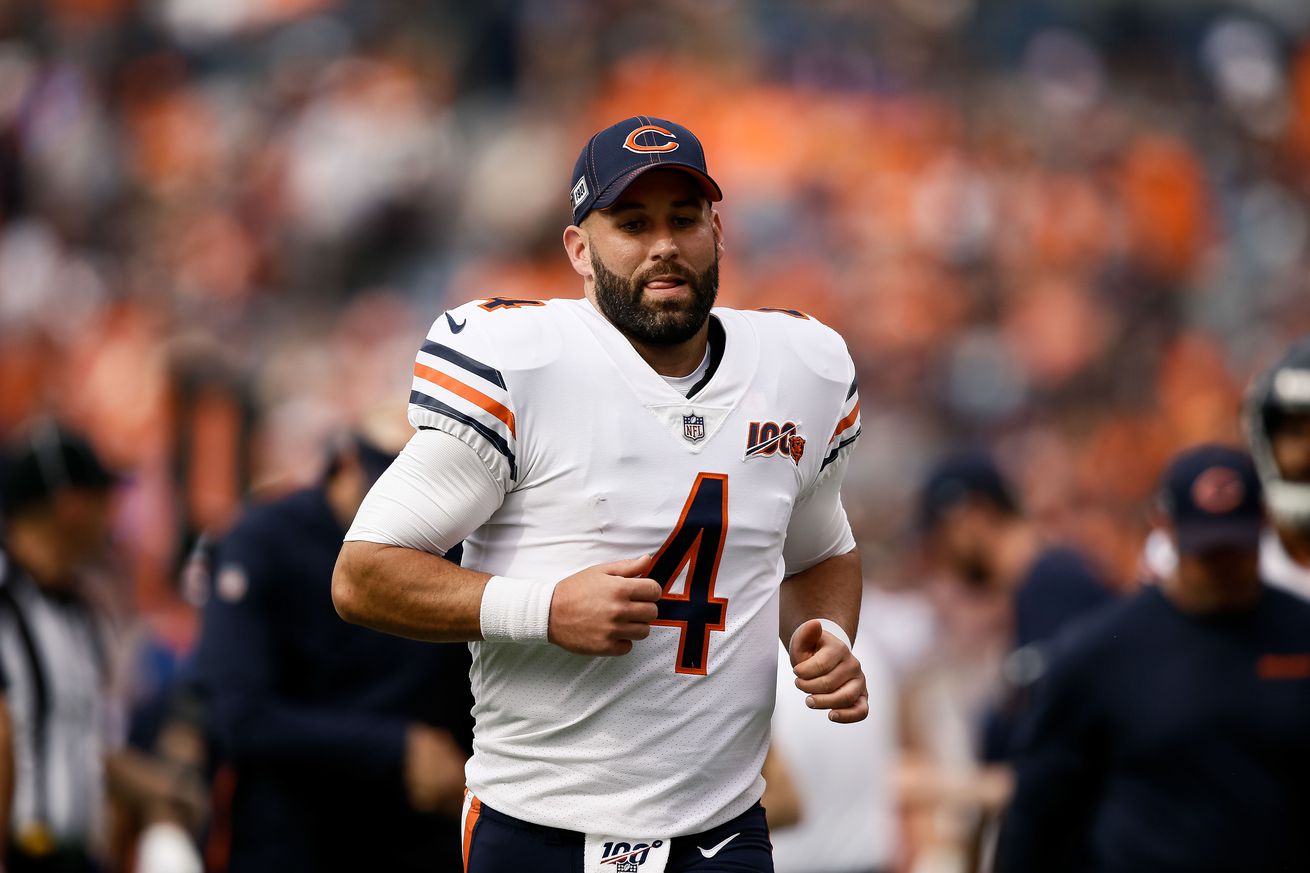 Chase Daniel isn’t a world beater, but he doesn’t have to be.

The Chicago Bears are the rare Super Bowl contender that can live with out their starting quarterback. It’s even possible they’ll be better with backup Chase Daniel leading the way.

That’s not to say that it’s a good thing that Mitchell Trubisky suffered a shoulder injury early in a Week 4 game against the Vikings. The third-year quarterback is still a player the Bears hope develops into a star — especially after he looked the part in Week 3 with three touchdowns and one interception in a 31-15 win.

Trubisky had plenty of good games in 2018 too, but the issue so far in his still-young career has been consistency.

The Bears don’t need much from the quarterback position to get wins. Their defense is arguably the best in the NFL and shut down the Vikings entirely in a 16-6 win. Chicago only needs a quarterback good enough to keep the offense on the field and the wins will come.

Daniel showed Sunday that he can do that for the Bears while Trubisky is out of action.

Chase Daniel is still hard to figure out

An argument could be made that no player has lived a better football life than Daniel. He turns 33 early in October and will be slated to make his fifth career start if Trubisky isn’t cleared to return. Despite hardly seeing the field and throwing five touchdown passes over 10 seasons, Daniel’s career earnings will eclipse $34.3 million by the end of the 2019 season.

Along the way, he’s probably developed plenty of knowledge about what it takes to be a starting NFL quarterback. Daniel spent the first three years of his career with the Saints backing up Drew Brees and his next three years with Andy Reid backing up Chiefs starter Alex Smith. He played 2016 with the Eagles and had a New Orleans reunion in 2017 before joining the Bears.

The hard part is that even after all that NFL mileage, it’s too early to know for sure if he’ll turn that experience into success.

Daniel started two games in 2018 when Trubisky suffered a shoulder injury, his only two starts since 2014.

In one, he completed 27 of 37 passes for 230 yards, two touchdowns, and no interceptions. The Bears beat the Lions, 23-16, and improved to 8-3 on the year. In his next start, Daniel threw one touchdown, two interceptions, and was sacked five times in a 30-27 overtime loss.

Daniel looked more like the good version of himself against the Vikings when he completed 22 of 30 passes for 190 yards with one touchdown and no interception.

It’s hard to say if Daniel is a quarterback who will be doomed to ups-and-downs. But even if he is, that’d be nothing new for the Bears.

Mitchell Trubisky’s inconsistency has been a problem

There are two versions of Trubisky.

It’s not a new issue for the Bears.

Trubisky’s passer rating was over 100 in six games last season, but below 80 in another six. The only five quarterbacks who had more games in 2018 with a rating below 80 were three rookies (Josh Rosen, Josh Allen, Sam Darnold) and two veterans who lost their job because of it (Blake Bortles, Case Keenum).

If Trubisky doesn’t grow out of his inconsistency, it may one day cost him a job too. That probably won’t happen in 2019, though. Unless Daniel blows the doors off the team with prolific performances, Trubisky will get his job back once he’s ready to return. Daniel hasn’t shown much to suggest he’s that kind of quarterback.

What he did show was that he can be efficient, careful, and get completions that move the chains.

Against the Vikings, he was quick and sharp with short passes that resulted in over 35 minutes of possession for the Bears. He didn’t throw deep often, but he did so enough to force the Vikings to respect his ability to burn them.

And with the Bears defense playing like its usual dominant self, that was enough. That was despite Chicago being without defensive tackle Akiem Hicks and linebacker Roquan Smith.

The Bears allowed an NFL-low 17.7 points per game in 2018 and finished with 36 total takeaways. Through four games in 2019, the defense is allowing an average of 11.3 points and is on pace to force 32 turnovers.

Chicago has a Week 5 matchup against the Raiders followed by a Week 6 bye. How long Trubisky will be out is still an unknown, but the Bears are far from doomed with Daniel taking the wheel for now.