The Beatles’ ‘Sgt. Pepper’s’ artwork has been reimagined with 21st century celebrities

If you ever wanted to see Jamie Oliver and Lil Nas X sharing a canvass, today is your lucky day

The iconic artwork for The Beatles‘ ‘Sgt. Pepper’s Lonely Hearts Club Band’ album cover has been updated for the 21st century, with a variety of modern musicians, celebrities and pop culture figures included on the newly designed piece.

The artwork was designed by German artist TrippieSteff as part of a remake of several classic album covers, including Blondie’s ‘Parallel Lines’ and Nirvana’s ‘Nevermind’, by a team of graphic designers and artists.

The new artwork, which features Taylor Swift, Kanye West, Drake and Lil Nas X in place of the original Fab Four at the centre, depicts a range of contemporary figures including Elon Musk, Kylie Jenner, Bernie Sanders and BoJack Horseman. See the new design below. 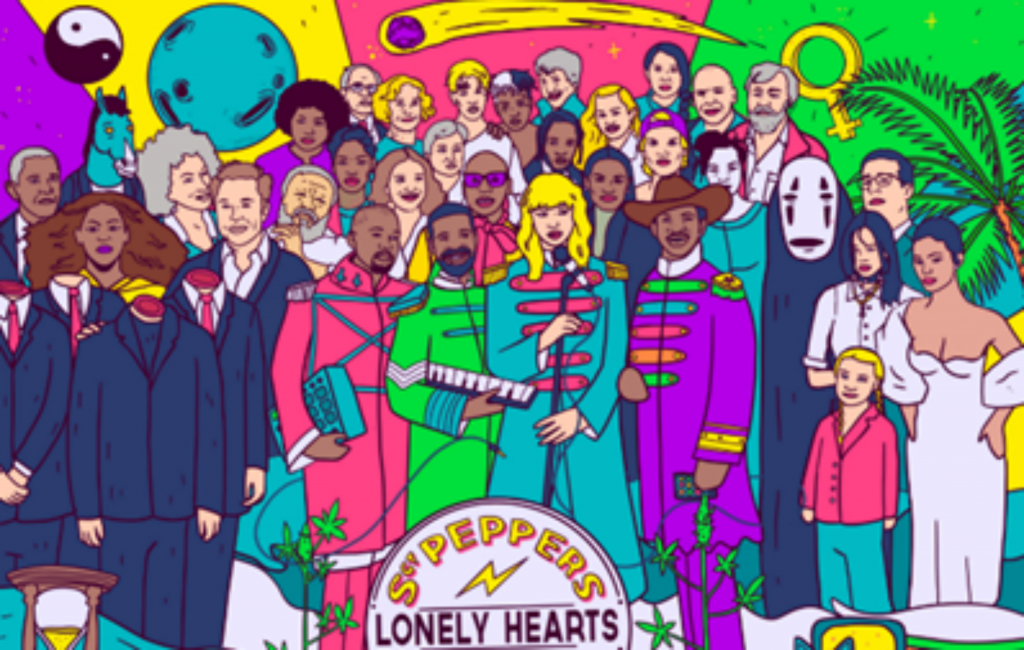 “These are people that have been controversial figures in music, politics, television, human rights and more. By putting them together in the same image, I wanted to show that they are all equally important.” See the full list of names featured below.

Paul McCartney recent paid tribute to Robert Freeman, the photographer behind some of The Beatles’ most famous album covers, who died aged 82 on November 8.

His work included the photos featured on the covers of classic LPs like the band’s second album ‘With The Beatles’, ‘Beatles For Sale’, ‘Help!’ and ‘Rubber Soul’.

“He was one of our favourite photographers during the Beatles years who came up with some of our most iconic album covers,” McCartney said. “Besides being a great professional he was imaginative and a true original thinker.”

The post The Beatles’ ‘Sgt. Pepper’s’ artwork has been reimagined with 21st century celebrities appeared first on NME.