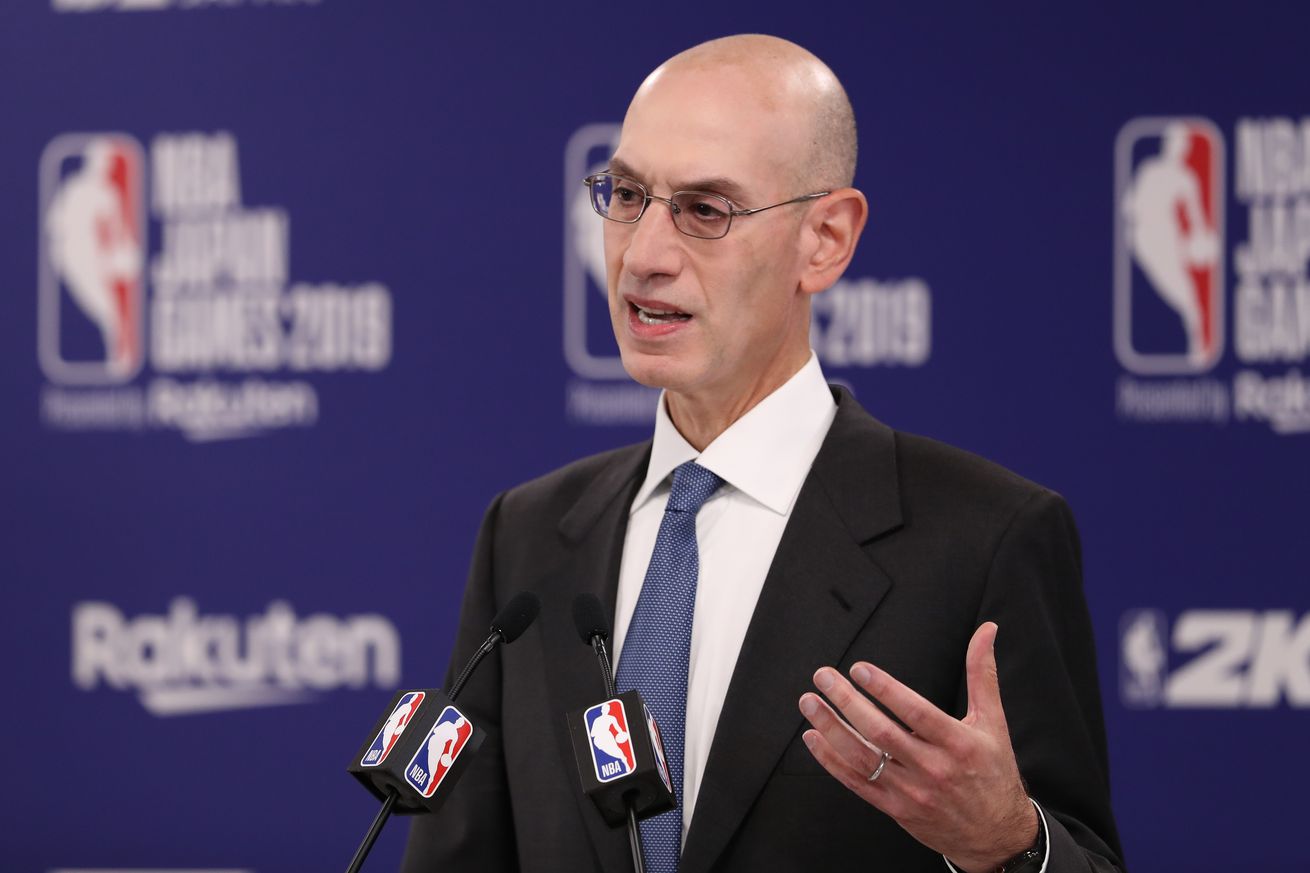 Zach Lowe and Adrian Wojnarowski at ESPN report that the NBA is working with its broadcast partners and the players’ union to radically change the league calendar starting potentially in 2021-22 by adding an early season tournament, play-in games in the spring, and an overall reduction in games during the regular season. Woj and Lowe also report the league is talking about a reseeding of the four conference finalists, WNBA style, which would be wonderful and doesn’t impact the calendar.

The initial round of the in-season cup-style tournament games would somehow reflect in regular season standings, apparently. But the report suggests that the total number of pre-playoff games would only drop to 78 from the current 82, and adding in the play-in games plus later rounds could mean some teams play up to 83 games before the first round of the traditional playoffs begin.

That’s what could potentially hold this tournament idea back from being truly great. Given that it’s reported to run from Thanksgiving through mid-December, how many high-end contenders will take it seriously and how many will use it as an opportunity to rest stars?

Consider a team like the L.A. Clippers this season, with Kawhi Leonard on load management and Paul George just now coming back from shoulder surgery. Barring orders from the league to resist rest, wouldn’t L.A. just punt on the tournament in the quest for being healthy when April arrives? Since the the preliminary round is a part of the regular season schedule, would you have contenders tanking those games to avoid being drawn into the tourney?

That might not be an entirely bad thing if the point of the tournament is to build some excitement among and for teams who will not be competing for a championship. I imagine this year, the cup would be hotly contested by teams like the Wolves, Suns, Hornets, Mavericks, Kings, and even contenders like the Nuggets and Bucks, teams with something to prove. But for the veteran contenders, it sounds like an invitation to rest in November and December.

The timing is meant to avoid other high-attention sports events, per Woj and Lowe: January has the NFL playoffs, February is already messy with the All-Star Weekend, March has the NCAA tournaments. That does a disservice to another aspect an in-season tournament could have helped: all those meaningless games between non-playoff teams in the spring. But the play-in games should help that as now 10 teams in each conference will have the potential to play into May once the regular season ends.

Why is the NBA doing this? Interest in the regular season seems to be falling off. It’s telling how few games the league’s broadcast partners take on national T.V. this early in the season — in a normal winter weekend before the Christmas slate, ESPN carries two Friday games and NBA TV takes one Saturday game. The league has completely ceded Sunday to the NFL (even on NBA TV).

The league is also in a tricky spot with its teams on the issue of rest. Teams point to the science that says rest matters, and the NBA can’t really argue that it would rather have players go every night in the regular season instead of being there in May. Fans point to the high cost of attendance when complaining about load management. Reducing the number of regular season games is an obvious solution, but one that will cause at least an initial hit to the bottom line.

By only slightly reducing the total game number and twisting part of the calendar into this fun tournament, the NBA is getting around the hard decision in a way. We’ll see whether it helps spark a renaissance of interest in the early season, or whether teams find it a useful rest solution, or both, or neither. It’s certainly pro-active and interesting, whether it works or not. You have to give credit to the NBA for trying something different.