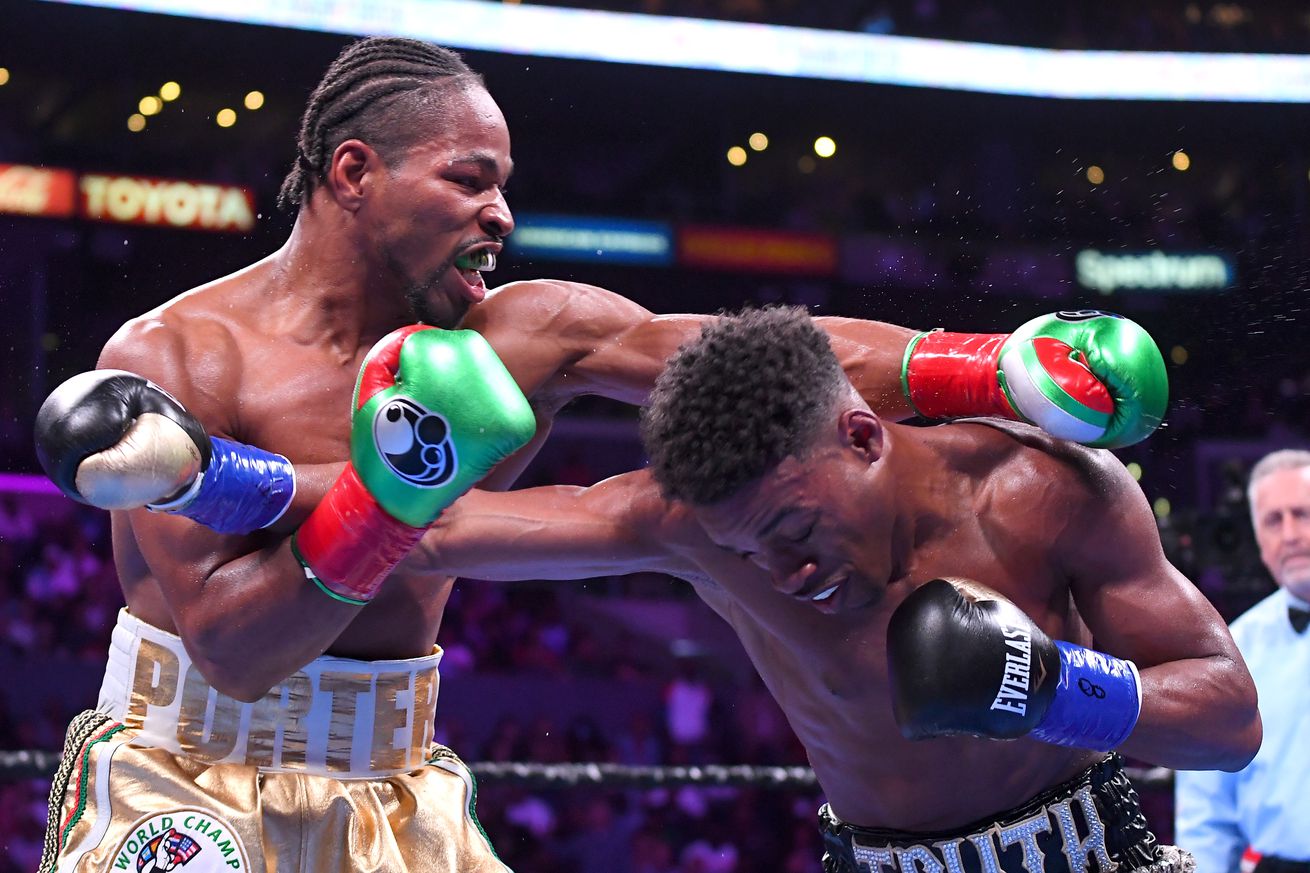 We know who’s next for Errol Spence Jr, but there’s a lot to unpack for Spence and Shawn Porter after Saturday’s rumble.

Assumptions were made and worries shared that this one wouldn’t provide great bang for the buck, mostly because there was no shortage of folks who thought Errol Spence would exert his version of “The Truth” on Shawn Porter, and that would result in Porter, the gritty rumbler with the fullback mentality, being dropped and stopped Saturday evening in LA.

Didn’t happen. Assumptions often do and did again make an “ass” of “me” and “u.” And as for the bang, people got their money’s worth in what played out as something in the Fight of the Year-type realm for some peeps.

#spencecrawford odds at around pickem. #boxing

Now, I throw it to you. Did you change your take on what a Spence versus Bud Crawford fight would look like, after seeing Spence not manhandle Porter, and be the first man to stop the Ohio native? Or nah, because you realize styles make fights, and you are thinking that Crawford hasn’t been touched by someone with the power caliber of Errol? Or maybe you think Bud is a full notch better at pugilism than anyone Errol has met, and this cemented that notion to you.

Along those lines, you best be ready to keep marinating those thoughts. Indications are that Spence is staying on the PBC side of the street for a while longer. You saw Danny Garcia escorted into the ring, and get announced as Spence’s next foe, date and site TBA. It looks and feels like all the meaningful/logical intra-PBC fights will have to get made before the powers that be (aka Al Haymon) will decide that Spence and Crawford should square off.

Me, I will put in my two cents, and say it should be done now, while both are in their prime, and it is obviously the one that the fans want next, judging by the harsh response from a majority of fight fans on social media who believe Garcia is not really deserving of a Spence fight.

That may or may not be, but I won’t pretend I don’t think kicking this can down the road to 2021 isn’t the wrong move. Right move, arguably, from a business standpoint, but why risk one of them gets knocked off, as Anthony Joshua did — and building brands to make the money pot fatter is an exercise in Hyper Capitalism 101. Makes sense for a narrow few sharing in the revenue pie, but not so much sense outside of that.

Want boxing to survive and thrive? Have the best fight the best in a timely fashion, and old fans will applaud and new ones will come to the table, and stay a while. Get too fine with your mission, and you risk alienating old fans and you do what the sports’ power brokers have done time and again: you lose the opportunity to grow the sport’s eyeballs base. We have a stagnant fan base, we aren’t winning new fans like, arguably, we could be doing, and that’s largely because more fighters need the Porter mentality (wanting and demanding to fight the best foes) and business matters take precedence over common sense old-school values (have the best fighting the best) way too often.

—What do you all think about a rematch? Wasn’t hearing the call for that. Would it not make sense? Porter was asked if he thought he won the fight in the post-fight presser, and he pondered that long and hard. He’d have to watch the fight, he stated.

“For me to say that was a robbery, you’re not gonna hear me say that,” he shared. Father-trainer Kenny Porter said, “We want all the rematches!”

It is clear that there is still emotion in the air, which would help fuel a sequel. Porter and Spence went at it at the post-fight, squabbling over who was the better PPV driver.

“I’m pretty sure I’m the one that sold this pay per view,” said Porter, after Spence said that Terence Crawford hasn’t proved to be a PPV draw, and “he needs me more than I need him.”

Porter said he worked harder to promote this card.

“You not gonna be on PPV after this,” said Spence. “You would not fighting on pay per view if not for me. What arena can you sell out by yourself?”

Publicist Kelly Swanson then threw cold water on the dust up, and called for an end to the fracas, not sure why. Me, I liked that there was still animus in the air, and it led me to this place: Why the hell not book a rematch for their next rumble? This scrap was great, we know now how the styles match up, and I could almost promise a sequel would also be stellar. But, this is boxing, we do tend to overcomplicate matters, right?

Talk to me. What are your top takeaways from #SpencePorter?