UFC Dana White Unloads on Woke Sports: ‘You Shouldn’t Have to Listen to That S***’ 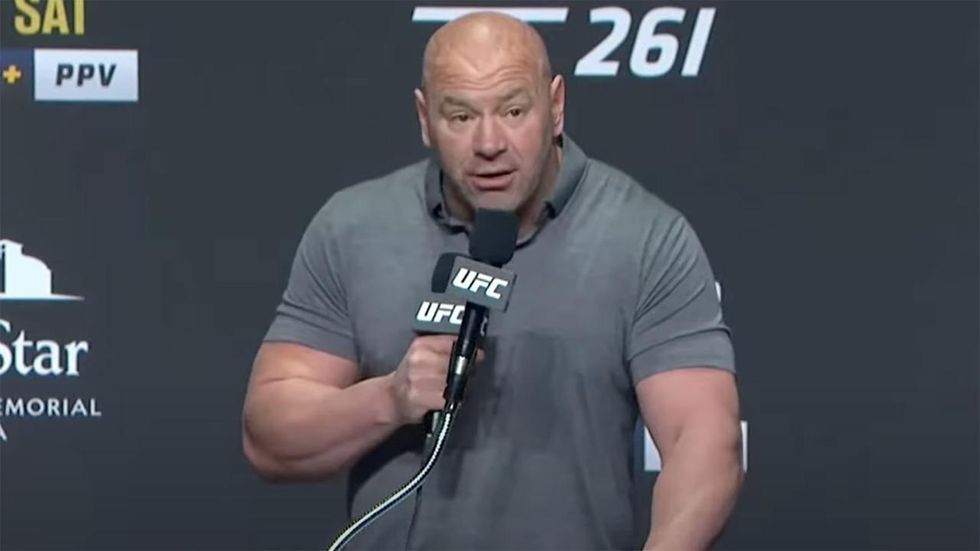 UFC President Dana White is a unique cat. Name the president of any other company, sports or otherwise, who not only gets away with having such a potty mouth, it’s part of his charm. He’s also someone who isn’t afraid to push against narratives. When the media was demanding sports shut down at the beginning of the pandemic, he told the media what they could shove up their rectums while he looked for an alternative. After finding that alternative and making a kajillion dollars in 2020, he was quick to rub it the media’s smug little faces.

It’s no surprise that when White was a guest on the Candace Owens show, he said he’s not a fan of how woke leftist politics are invading sports lately.

White doesn’t have patience for companies like Coca-Cola who look to force their beliefs on employees. Or, more accurately, force the beliefs of activists on their employees.

We don’t tell people what they can and cannot talk about. Imagine working for a company and they’re telling you to believe this. You shouldn’t have to go to work and listen to that s**t.

No doubt the wokescolds will be pissed this weekend. The UFC is hosting the first full capacity indoor arena event since the pandemic started. Here he is with BFF and future president of the United States Ron DeSantis.

Here’s the thing. Sports fans aren’t “woke.” The media and the people who blog about sports are woke. The executives who run things are bullied into being woke by activists who demand every platform be used to validate their political agenda. But sports fans themselves are not woke. To the tune of over 75% of them.

Normal people turn on sports to forget about how horrible the world is. Otherwise, they would just watch CNN. People want a two to five-hour break from reality to watch others compete. Some of us NEED the break. Dana White and the UFC are the only sports league that seems to get that.

Looking for a fashionable way to support Louder with Crowder? Get your swag at Crowdershop today!