Helen Petaia once owned a thriving IT company.

In 2012, she was winning government grants and big contracts with sporting bodies.

She had her sights set on going global, but late that year everything changed.

She was accused by the Australian Taxation Office (ATO) of owing it money.

This “fabricated tax debt”, she says, cost her everything.

“It was six years of my life, effectively fighting the tax office.

“By that stage, the business was unable to sustain itself. We lost our investors. As a family, we pretty much financially had everything at risk.”

In December 2018, Helen reached a confidential settlement with the ATO.

The drawn-out and complicated dispute process taught her how just how vulnerable some taxpayers are.

Under the law, taxpayers are guilty until they prove themselves innocent.

That means the burden to prove you don’t owe the ATO money rests with you, and there’s no obligation on the tax office to give you reasons for its decision.

The ATO has made some improvements to the way it deals with small businesses after a joint Fairfax-Four Corners investigation exposed aggressive debt collection tactics.

But the agency still has immense powers that put it at an advantage over ordinary Australians during tax disputes.

The ATO can legally raid your bank accounts and call you in for interrogations at short notice.

This has raised questions, including before a parliamentary committee, about whether there’s a need to reverse the onus of proof for some small businesses and individuals, and whether taxpayers need better legal protections. How the US Taxpayer Bill of Rights works

In the United States, taxpayer rights are entrenched in the law, under what’s called the Taxpayer Bill of Rights.

It sets out various rights and responsibilities such as “the right to pay no more than the correct amount of tax”, and “the right to a fair and just tax system”.

In contrast, Australia’s Taxpayer Charter is non-binding, like a code of conduct.

There are no sanctions if the tax office doesn’t abide by it.

And in cases where a person feels they’ve been wronged, compensation usually depends on the ATO itself determining whether a taxpayer is entitled to it.

Ms Petaia says had there been a US-style taxpayer bill of rights in Australia, it could have saved her the six-year ordeal.

“I would immediately have been able to exercise my rights,” she argues.

“I would have been able to use the law to force the tax office to prove to me how they had been able to arrive at these assessments.

“I would have also been able to save my business. I wouldn’t have sold our family home.

“And I would have been able to access my rights under the law, not [be] at the mercy of tax officers within the ATO.”

Tax ombudsman Karen Payne gets thousands of complaints annually from taxpayers in dispute with the ATO over a tax matter.

Pre-COVID, she says the number was about 3,000 annually, but post-COVID that’s dropped to about 1,800 a year, although she argues the cases are now far more complex. 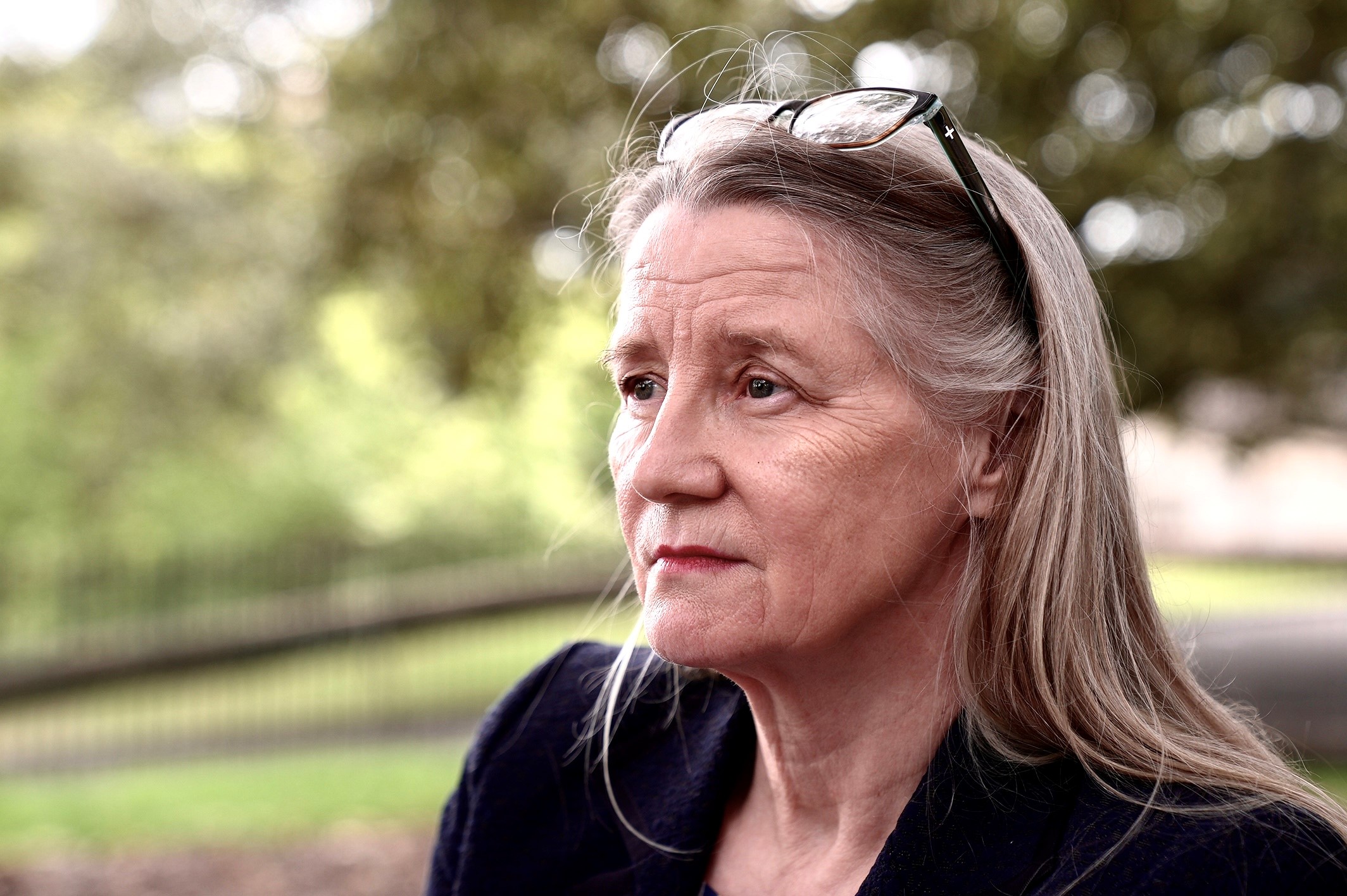 She has released a report calling for changes to improve the existing taxpayer charter, including to make sure that tax officials have an obligation to make taxpayers aware of those rights as well as get better training.

“When you have a very large taxation office that’s well-resourced and educated around how the tax laws apply against a taxpayer who is less familiar with how the tax laws should apply, that in itself can produce a power imbalance,” she says.

Her report calls for immediate fixes to the existing taxpayer charter. But, in the the long-term, she sees merit in the federal government legislating rights for taxpayers, saying it would make it “very unambiguous” to ATO officials that taxpayer rights must be complied with.

“You can attach sanctions for not observing taxpayer rights … they can be seen as a nudge.”

Currently there are sanctions of up to two years in jail if a tax officer breaches taxpayer confidentiality.

Ms Payne says that is taken seriously within the ATO, and suggests that the same type of sanctions could apply for breaching taxpayer rights, or there could be other changes like reversing the onus of proof in certain cases.

Her point is that having sanctions would force a cultural shift within the ATO.

“I think most people would acknowledge that the tax office has embedded within its culture and its organisation, [the premise] that taxpayer confidentiality is something that must be respected,” she says.

“I think if you were to convert taxpayer rights … something that looked more akin to a statutory right, you would ensure that it receives the respect and the priority and the equivalent status of taxpayer confidentiality.”

“It could be an outcome that changes or reverses an onus of proof, it could be something that means the tax office forfeits its right to take particular course of action.”

The government is yet to respond, but some of the changes recommended include making sure that the tax ombudsman and her staff have full and unfettered access to all ATO records, and that if they put a recommendation to the tax office to make change, there is certainty that the ATO follows through and makes that change.

It’s something that Helen Petaia is hoping will be soon implemented, in addition to a bill of rights.

“That is something that would transform the entire ecosystem for taxpayers — knowing that they have an independent body that has unlimited access to the evidence,” Ms Petaia says.

Call to reverse the onus of proof for some taxpayers

Federal MP Jason Falinski, who chairs a parliamentary committee that scrutinises the ATO, says there may be political appetite to not only give taxpayers legislated rights, but to reverse the onus of proof in some cases.

“Australians need to be protected against what has become a very powerful tax office,” Mr Falinski says. 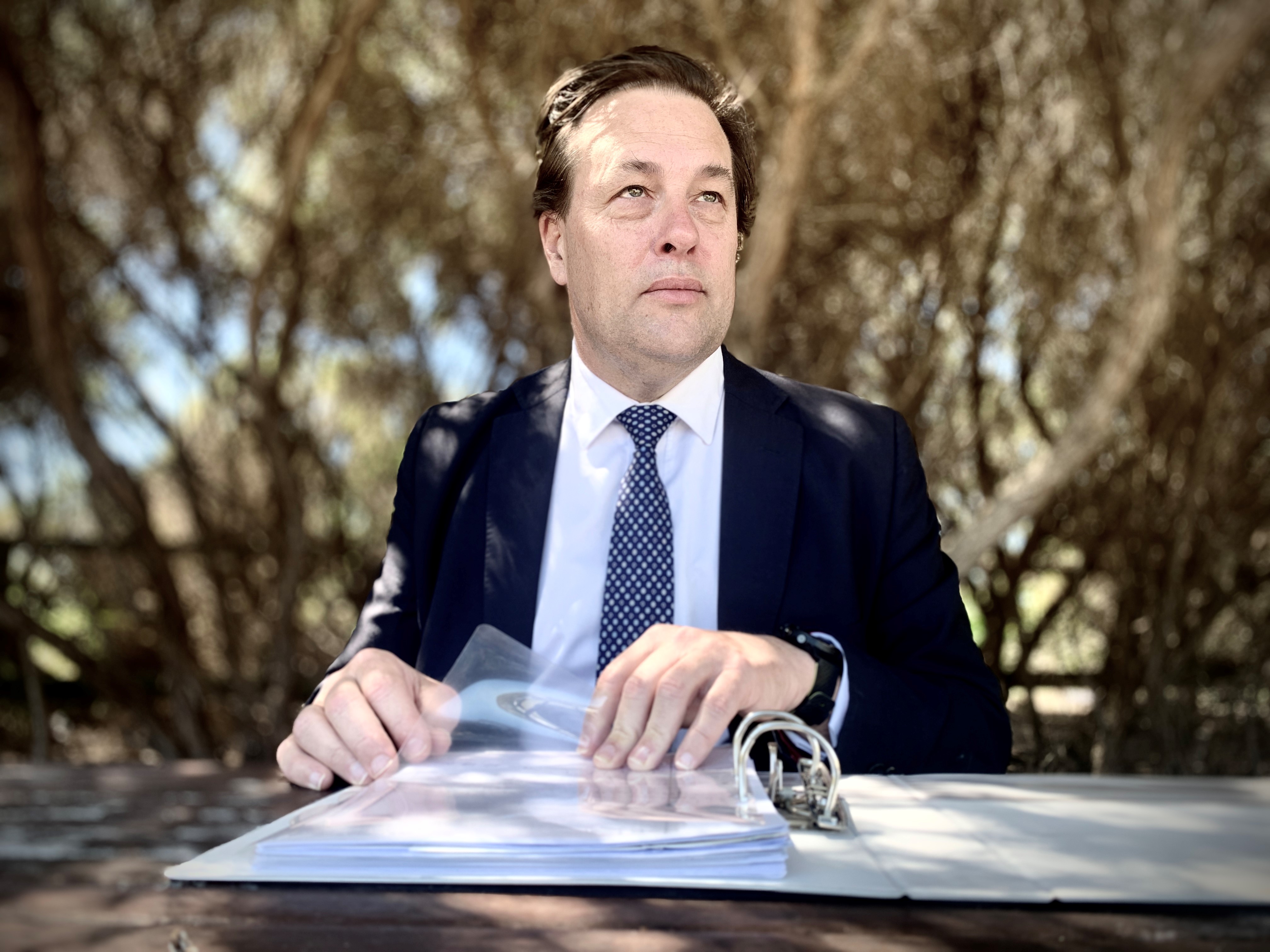 He says the tax commissioner can make a finding that someone owes the tax office money, and from that point forward, that money is owed and payable.

“And he can do all sorts of things, for example, take money out of your bank account, without you having a chance to go to court to defend yourself,” Mr Falinski says, adding that a bill of rights could be legislated to ensure that no longer happens.

“What I’m referring to is a charter, or a bill of rights, that has the enforceability of law, and that taxpayers can rely on, and can use to defend themselves against tax office action that is adversely impacting them.”

Mr Falinski says there are also people within the government open to the idea of reversing the onus of proof in some cases.

“Most Australians don’t realise that the burden to prove that you don’t owe that money was not with the tax office, but with yourself — that that is an extraordinary power that the ATO has long held,” he says.

“I think there are a lot of people in government that want to have a very close look at this.

“I don’t know that it is something that would get reversed overall, for everything. But I think there are specific instances … that impact mum and dads, ordinary taxpayers, who get caught in this net of anti-tax avoidance laws that probably shouldn’t apply to them.

“It should only apply to, Mr Big or Mrs Big — the big end of town, who are able to use very expensive tax barristers to avoid paying tax. It was never meant to capture people at the lower ends of the tax system.”

Ms Payne agrees, noting that “the onus of proof is part of the the imbalance in the system”.

Changing that, she says, “might be something that changes the balance of power”.

ATO says it seeks to act ‘with integrity’

A spokeswoman for the ATO says changes in law are “a matter for government”, but that “ATO employees must act ethically and with integrity” and that “the ATO seeks to work collaboratively with taxpayers to avoid issues escalating into disputes”.

She adds that the agency also advises taxpayers of their relevant rights to review, complain and appeal and that “if a taxpayer has concerns about how we have managed their tax affairs or are dissatisfied with the decision process there are a number of escalation options available to them, including the complaint process”. 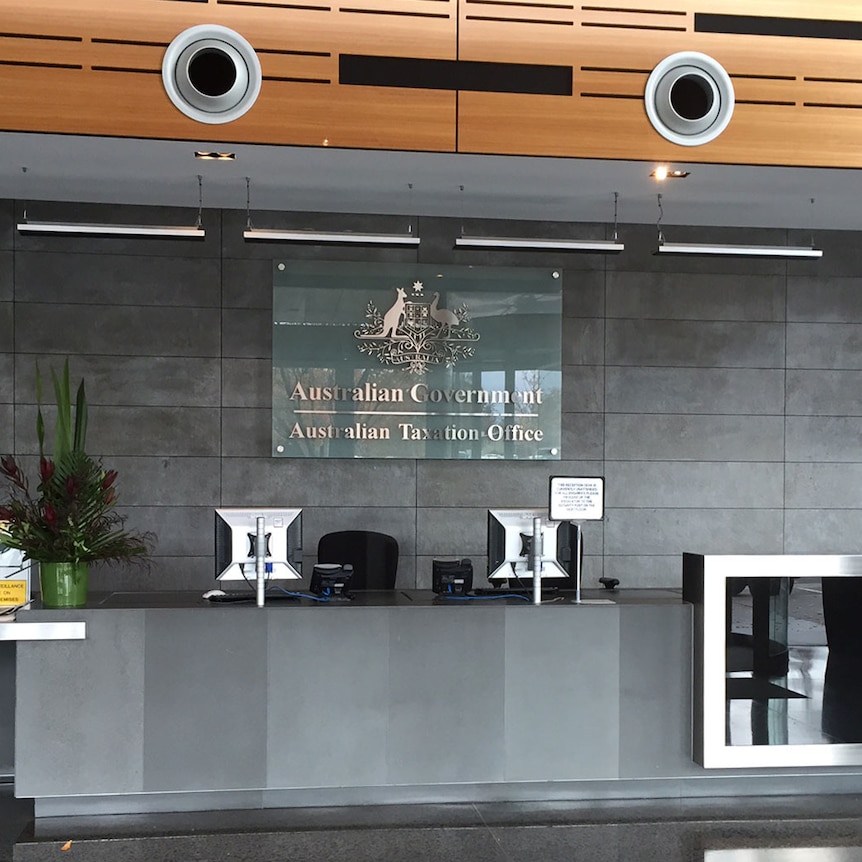 The ATO has also been working to make the dispute process fairer.

She notes that in early stages during a dispute, taxpayers can decide whether or not to what’s known as “Alternative Dispute Resolution”.

“This is a free service and involves a nationally accredited, independent ATO facilitator assisting participants to resolve their dispute,” she explains.

The ATO also offers independent review, she notes, focussing on the early resolution of disputes where small business taxpayers disagree with the ATO’s audit position.

“This [independent] review is conducted before any audit adjustments occur and is undertaken by a team independent of the audit team in a separate section of the ATO,” she says.

She notes that taxpayers also have the option of raising concerns Ms Payne’s office as well as the Australian Small Business and Family Enterprise Ombudsman.

But Self-Employed Australia executive director of Ken Phillips says there’s been numerous documented cases showing that the ATO does not always act fairly.

He argues a US-style taxpayer bill of rights would ensure it does.

“The taxpayer charter is a taxation office policy — it’s not law, it’s not legislation, and the experience that we find is that the ATO breach their own policy on a very consistent basis,” Mr Phillips says. 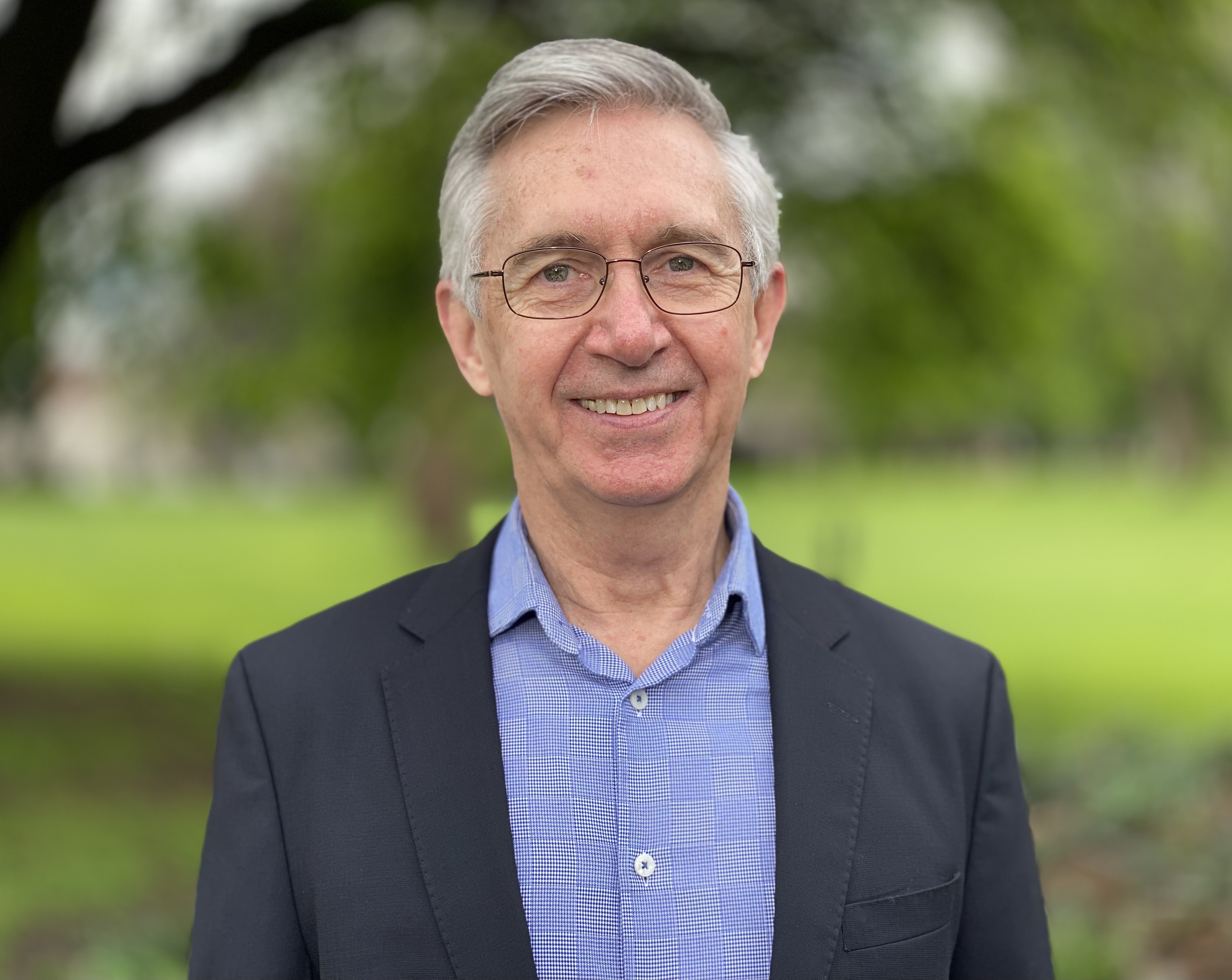 A bill of rights, he says, would also put the onus back on the tax office to prove the debt they’ve raised against a taxpayer is legitimate.

“In the US, they can’t collect a tax out of someone unless all dispute procedures have been completed, done, finalised — that’s justice,” Mr Philips says.

“What we’re really talking about here is very, very practical, common-sense approaches to ensuring that the administration of tax and the collection of tax and the behaviour of the ATO conforms with natural principles of justice.”

A bill of rights, he argues, is a win for both taxpayers and the ATO because it could minimise the number of tax disputes, and the time it takes to resolve them.

“Here it’s quite normal for a dispute with the taxation office to go on for five, six, seven – 10 years even,” he says.

“That’s just not fair. People have a right to know that their case is done, finish and dusted.”

Zara owner to close up to 1,200 style shops around the globe|Retail industry|The Guardian