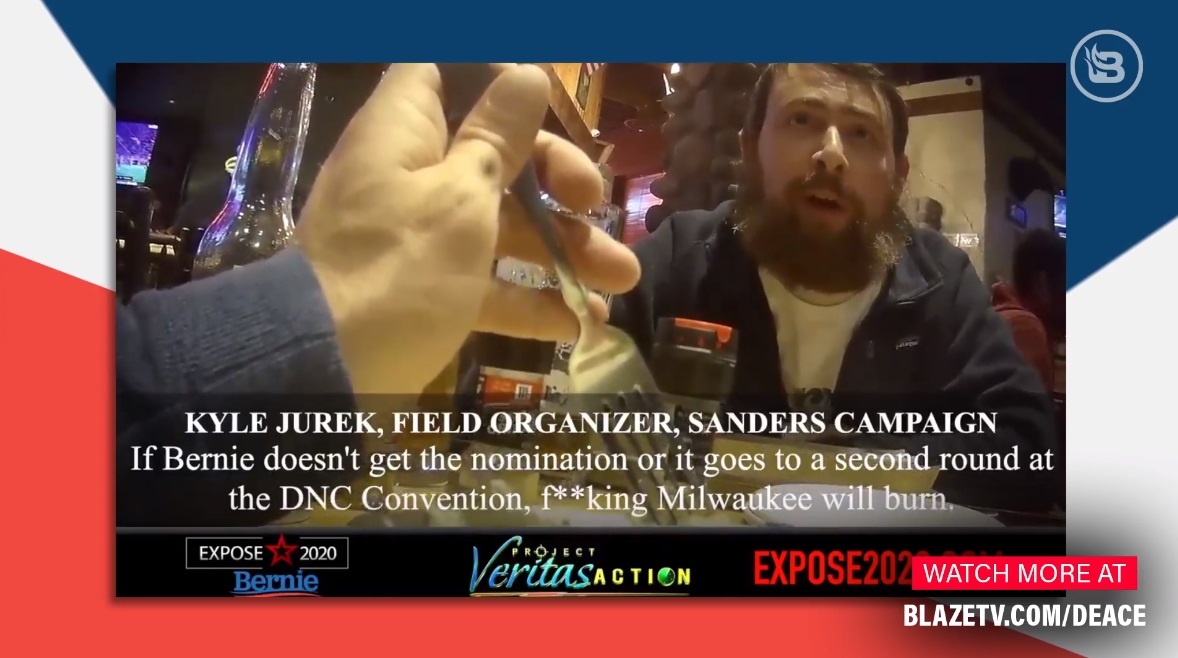 On the “What Happened While You Were Away” section on Tuesday, the “Steve Deace Show” broke down some of today’s trending subjects, including a bombshell video launched by Task Veritas that reveals a campaign staffer for Democratic governmental prospect Sen. Bernie Sanders (I-Vt.) applauding “gulags” and also promoting fierce troubles if President Donald Trump is re-elected.

In the covert video clip, a campaign coordinator recognized as Kyle Jurek can be heard recommending the “reeducation” of Trump-voters in Soviet-style gulags.

“In Nazi Germany after the loss of the Nazi event there was a sh * t lots of the population that was f ** king Nazi-fied. Germany needed to spend billions of dollars to reeducate their people to not be Nazis. We’re most likely mosting likely to need to do the very same f ** king point below,” claimed Jurek.

“That’s type of what Bernie’s entire totally free education and learning for everybody … due to the fact that we’re mosting likely to need to instruct you to not be a f ** king Nazi,” he included. “There’s a reason Josef Stalin had gulags. And also in fact, gulags were a whole lot much better than what the CIA has actually told us that they were. Like, people were in fact paid a living wage in gulags, they had conjugal gos to in gulags. Gulags were really implied for, like, reeducation.”

Jurek goes on to issue a danger to authorities if Sanders doesn’t obtain the Autonomous election. “The cops are gon na be the ones that are obtaining f ** king beaten in Milwaukee, he stated. “Cities are mosting likely to melt.”

View the video clip below for even more details:

What Took place While We Were Away for Tuesday, January 14th, 2020.

Use code DEACE to save $10 on one year of BlazeTV.Want extra from

Steve Deace?To take pleasure in more of Steve’s take on national politics, Christian worldview as well as principled conservatism with a snarky spin, register for BlazeTV– the largest multi-platform network of voices who love America, defend the Constitution as well as live the American desire.

A new start after 60: ‘I handed in my notice – and opened my dream bookshop’ | Life and style | The Guardian